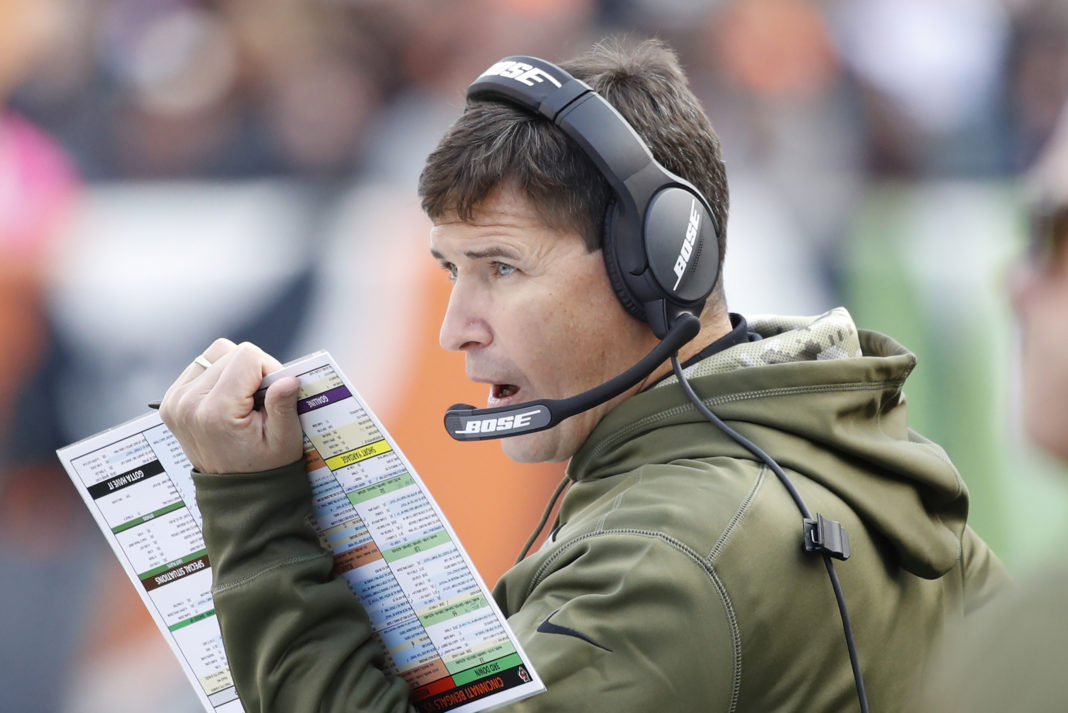 PHOENIX — As is the case most weeks, I was in a rush this pre-flight afternoon. With a million things to finish in a short amount of time, I didn’t get a chance to look at Twitter for the first 45 or so minutes of ESPN’s Adam Schefter breaking today’s important Chicago Bears news. But once I caught my last-minute Uber to the airport (luckily, Phoenix’s Terminal 4 is never that busy!) to get home to Chicago, I finally opened Twitter and saw this update:

Holy hell! Here was my reaction:

While the Bill Lazor news was reported earlier this week, hiring John DeFilippo is a bombshell move for Matt Nagy. DeFilippo is renowned for his work with Carson Wentz during his MVP-caliber season in Philadelphia. While DeFilippo didn’t pan out as Minnesota’s offensive coordinator, he did do a great job developing (re: masking) Gardner Minshew in Jacksonville:

With that, I reach into this week’s Bears Mailbag. Thanks to everyone who submitted questions! (Note: The Mailbag *may* become a bit less frequent over the offseason. I am still working out the schedule. But I will always be happy to answer questions directly on Twitter.)

To start off — two questions that had the exact same intent. I told them both I would answer their questions, but my answer really covers both, so I’ve included both questions below with a singular answer…

On the surface, it’s easy to look at Bill Lazor’s resume, see the words “Bengals” and “Dolphins” on it, and be underwhelmed, if not downright angry. You have to understand, though, that he actually elevated those teams, relative to their personnel. Look at this, for example:

And he spent this past season as a volunteer consultant at Penn State. Their QB, Sean Clifford, had a pretty solid season himself. He did well to take over for Trace McSorley. He has experience in both West Coast and Air Coryell concepts. Honestly, that’s not a bad overall resume.

Here’s what’s most exciting to me — Lazor has a reputation for getting players to play fast. After all, he was a QB coach under Chip Kelly. Playing fast means thinking less and reacting more based on immediate instinct.

Guess who plays at his best when he’s not thinking and he’s just reacting? Yep, that’s right. Mitch Trubisky.

If Lazor can get Trubisky reacting instead of thinking, it *could* unlock Trubisky’s overall physical talent into production. And while I definitely think there will be significant competition brought in at QB this offseason (as there should be), if they can only improve that competition by elevating Trubisky, that would only be a positive for the Bears.

They are absolutely in a position to contend. They went 12-4 two years ago. And this year, just about everything that could go wrong, did go wrong: myriad critical injuries, regression from multiple players, a massive reduction in takeaways and pass rush, a missed FG to lose a winnable game, some of the worst QB play the Bears have seen in almost a decade, a humiliation at home by the QB they passed over, and they still finished 8-8 (while keeping the locker room together.)

This team has a lot of talent and an outstanding head coach/leader in Matt Nagy. Chuck Pagano did a very good job taking over the defense from Vic Fangio. There’s a lot to build on here.

That said, they do need improvement from several key players who regressed. And they NEED to figure out the QB position. Badly. Time is ticking on this outstanding defense. But they aren’t far off at all.

(Note — I wouldn’t say Pace hasn’t invested in the offensive line. He signed Charles Leno Jr. and Bobby Massie to big contracts. He spent a 2nd round pick on Cody Whitehair (then signed him to an extension.) He spent a 2nd round pick on James Daniels. And he had spent on Kyle Long as well. The money and draft capital has been spent. They rewarded him with a decent 2018. They regressed a tad in 2019. They need to improve, and a move needs to be made at RG. But this unit should be fine in 2020.)

The biggest (most important) acquisition(s) will be at QB. Mitch isn’t going to be the unquestioned starter in 2020, no matter what they said in the season-ending press conference. If they figure out the QB spot, they will compete in 2020. Watch for names like Marcus Mariota and Andy Dalton to be considered here to compete with Mitch. And then expect a draft pick investment, too.

But the Bears also have big moves to make at TE, EDGE, CB, ILB, and S. There are holes to be filled here. They will be making some tough decisions to increase cap space and possibly signing some players to extensions to lower the cap hit in 2020. It’s a busy offseason ahead.

I alluded to it a bit in the question above, but here’s my thought process… I’ll eliminate targets that I don’t believe would come to Chicago for whatever reason (comfort, money or draft capital price, franchise tag, etc.) That includes: Tom Brady, Ryan Tannehill, Drew Brees, Jameis Winston, Teddy Bridgewater, Philip Rivers, Nick Foles, and Derek Carr.

That leaves the following free agents that could be of interest to the Bears: Marcus Mariota, Andy Dalton, Eli Manning, Case Keenum, and Blake Bortles (among others.)

Mariota is a known favorite of Ryan Pace’s and I truly believe he is a good QB who got stuck in a terrible situation after Ken Whisenhunt was fired. Though he shares an agent with Trubisky, a chance at a “prove-it” deal could entice Mariota. Dalton is a WYSIWYG QB who could operate Matt Nagy’s offense well (and has a connection to Bill Lazor.) Case Keenum is another steady veteran QB who could operate in a WCO, as he did under Pat Shurmur in Minnesota. Those are three solid options.

In the draft, it really depends on how the board shakes out and how it compares to the other needs the Bears have. I am looking at some prospects and think the following guys could be good fits (at various realistic points or rounds): Jacob Eason, Jake Fromm, Anthony Gordon, Cole McDonald, and Shea Patterson. It is not a good year to need a QB, but they could come in and be sufficient competition.

I know the results may not have shown it this year, but I agree with the premise of limited-to-no preseason action. The reality is, every year is different and the biggest thing teams need on a yearly basis is player availability. Too often, we see players go down to senseless injuries in preseason action. Of course, much of that is luck, but why not maximize the chances that your players will be available for games that really matter?

That being said, I would not be surprised if the Bears changed their approach a bit in 2020. I would expect some reps in preseason for the offense, especially because I am confident there will be a pretty substantial QB competition. The more reps there are to evaluate, the better. And no, production won’t mean as much as the throws that were made (accuracy, ease of catch, in stride, etc.) Those all matter. A perfectly thrown deep ball between two defenders that was dropped is more important than a screen pass that went 80 yards for a TD — regardless of first, second, or third stringers on defense. I’d expect all of that to be evaluated in some fashion, even in preseason.

On defense, though, put those dudes in bubble wrap. We know what they can do. They are good. Hell, they are great. Preserve them.