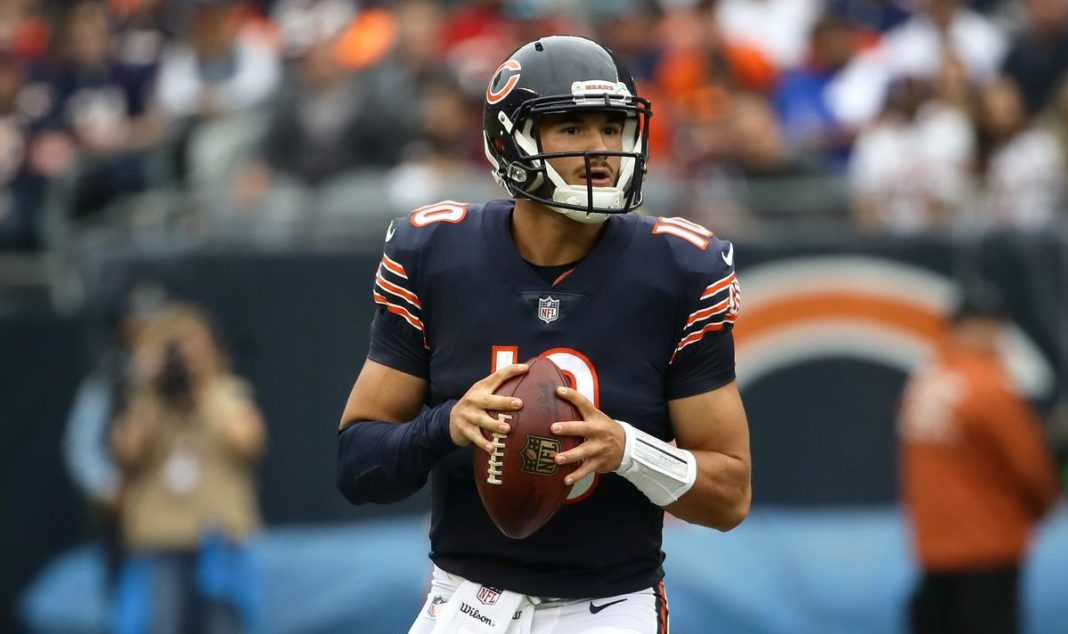 It’s been one week since the Chicago Bears announced their coaching changes on the offensive side of the ball. With Juan Castillo already in tow as the new OL coach, the Bears promoted Dave Ragone to passing game coordinator, hired John DeFilippo as the new QB coach, and hired Bill Lazor as their new offensive coordinator.

These moves were made with a few things in mind: Improving the running game (desperately), putting multiple QB gurus together to not only identify strong competition, but also salvage anything (if possible) in Mitch Trubisky. And with the Senior Bowl practices/game going on this week in Mobile, Alabama, the timing of the hires worked very well. I’m looking forward to seeing whom all the Bears speak to — not only at QB but at various offensive spots (TE, OL, WR.)

With that, I reach into this week’s Bears Mailbag. Thanks to everyone who submitted questions. Follow me on Twitter @DhruvKoul to continue the conversation.

Honestly, at this point, it’s hard to know what Mitch Trubisky potential really is. The idea was that he had hit his floor in 2018 and was ready to take off to stardom in 2019. And then he regressed as bad as I’ve ever seen a quarterback regress (especially one that was supposed to take his team to the Super Bowl.) How does one recover from that?

His two best performances of the season were in Detroit and against Dallas (both solid performances), but how much optimism can you really glean from those?

While the Bears are even more stacked now on the coaching front with multiple QB gurus (Matt Nagy, John DeFilippo, Bill Lazor, and Dave Ragone can all stake some claim here), the idea isn’t just to extract whatever they can from Trubisky. The goal is likely to collectively identify the right competition to bring in for Mitch. While Trubisky is on the roster for 2020, don’t be fooled into thinking they’re blindly rolling with him. Competition will be brought in.

Who that might be is certainly an open question. There’s the Nick Foles connection to DeFilippo and Lazor. The Andy Dalton connection has been popular this offseason. Alex Smith, of course. And my favorite — Marcus Mariota. And then you have the potential draft prospects. The QB room will look very different in 2020, and while I’m sure the Bears would love for Trubisky to win the competition, the reality is his hold on the spot is as tenuous as ever.

The Eric Ebron rumors started in earnest because of his UNC connection to Mitch Trubisky (even though they didn’t play together) and his quote-tweet of Akiem Hicks’ tweet during the NFC Championship Game at Levi’s Stadium in Santa Clara, CA. Hicks rhetorically asked how great it’d be to have a revved up crowd at Soldier Field, and Ebron quote-tweeted with a “thinking” emoji. Then, Hicks and Tarik Cohen both responded to Ebron, and on it went.

While Ebron is certainly an upgrade at TE over guys like Adam Shaheen (and anyone else the Bears have on the roster), he’s likely looking for a handsome pay day, and I doubt the Bears have the appetite to use that much cap space on a player who, while talented, has inconsistency issues. (Not to mention, they still have Trey Burton’s big contract on the roster, and they’re likely to keep him.)

The Philip Rivers rumors are just that — rumors. I doubt he has the desire to come up to Chicago and play there. He and his family recently moved back to Florida, leaving San Diego after so many years. While Rivers could fit well, I doubt he comes to Chicago.

The Bears will look to free agency to fill some of their glaring holes, as most teams do, but obviously focusing on ascending players with upside. They will then attack the draft with a “Best Player Available” mentality (as all good teams do) to ensure their roster is stocked with the best possible talent to keep them in contention for years. They’ll need to rely on cheaper, younger talent to fill the roster as their veterans grow out of their contracts and they have difficult decisions to make on whom to keep.

I am extremely confident they’ll bring in competition for Trubisky. While the moves they made on the coaching front should certainly help (and increase production), the Bears will have two new QBs anyway, since Chase Daniel and Tyler Bray are out of contract. Those two QBs will absolutely be able to give Trubisky a run for his money — hell, most QBs in the league could, at this point.

I don’t see any really big surprise cuts this year — everyone they cut will likely be a significant albatross capable of saving them a solid amount of cap space. Kyle Long is retiring, so he doesn’t count. I’d look for Prince Amukamara and Taylor Gabriel to be two sizable cuts for the Bears.

My shocker move is the Bears signing a significant EDGE rusher to a free agent contract, and signing Leonard Floyd to a corresponding extension that lowers his AAV and cap hit. The Bears value Floyd for everything except rushing the passer, and his cap hit right now is too large to support that. Look for the Bears to target guys like Markus Golden or Jason Pierre-Paul to pair opposite Khalil Mack.