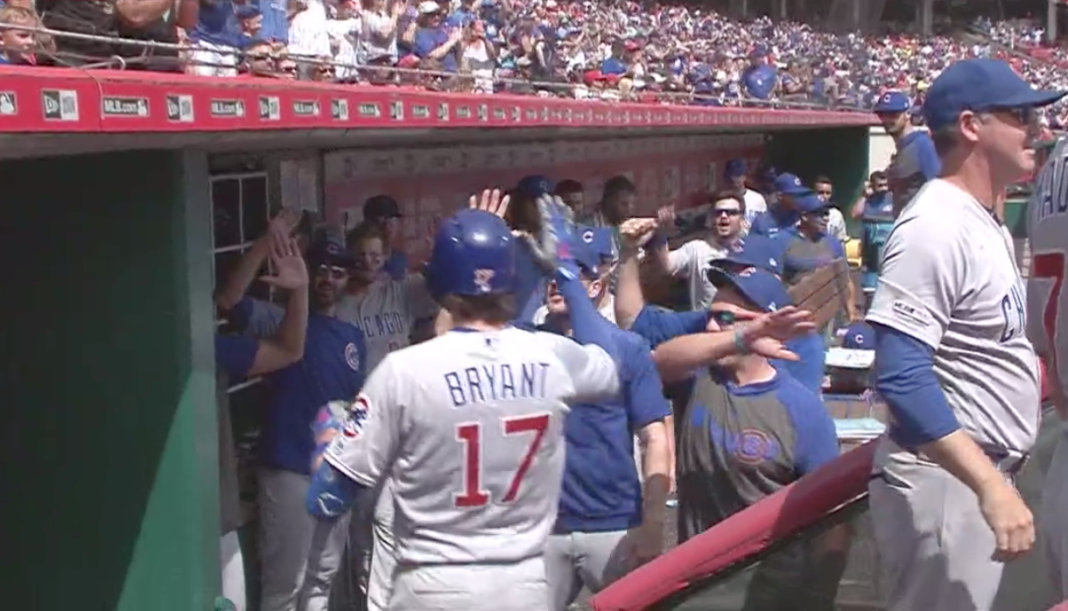 By the start of spring training maybe half the league will at one point be linked to kicking the tires on a Kris Bryant trade and who wouldn’t want to trade for an elite player.

So, for some reason whoever is responsible for ruling on Bryant’s grievance case still hasn’t and that’s slowed down any trade talks the Cubs may be having with teams. I mean, it’s almost a sure thing that Bryant will lose and he’ll still be under team control for two more seasons, but until it’s official the slim chance remains that he’ll be a free agent after the 2020 season.

As time goes on with no resolution and Bryant still on the Cubs a few new teams have popped up as possible suitors. Ken Rosenthal really sparked the fire surrounding the chances of a Bryant trade with the Dodgers and there has also been speculation about the Twins potentially entering the sweepstakes.

So far this offseason the Nationals, Phillies, Braves, Rangers, Padres, Dodgers, Twins have all been linked to Bryant trade talks and now you can add the Diamondbacks as well.

Arizona Sports 98.7 FM’s John Gambadoro says the Diamondbacks are expressing some level of interest in Bryant.

All right, as is the case with every team brought up in trade rumors, let’s take a look at Arizona’s minor league system.

Depending on the lists you see the Diamondbacks have 5 or 6 top-100 prospects, headlined by outfielders Kristian Robinson and Alek Thomas, Seth Beer and pitcher Corbin Martin. Oh and of course if you’re the Cubs you want Zac Gallen, who had a 2.81 ERA in 15 starts covering 80 innings during his rookie season in 2019.

So, add the Diamondbacks to the list of teams who will probably give the Cubs a call about Bryant, but this trade rumor isn’t as strong as others that we’ve seen throughout the winter.