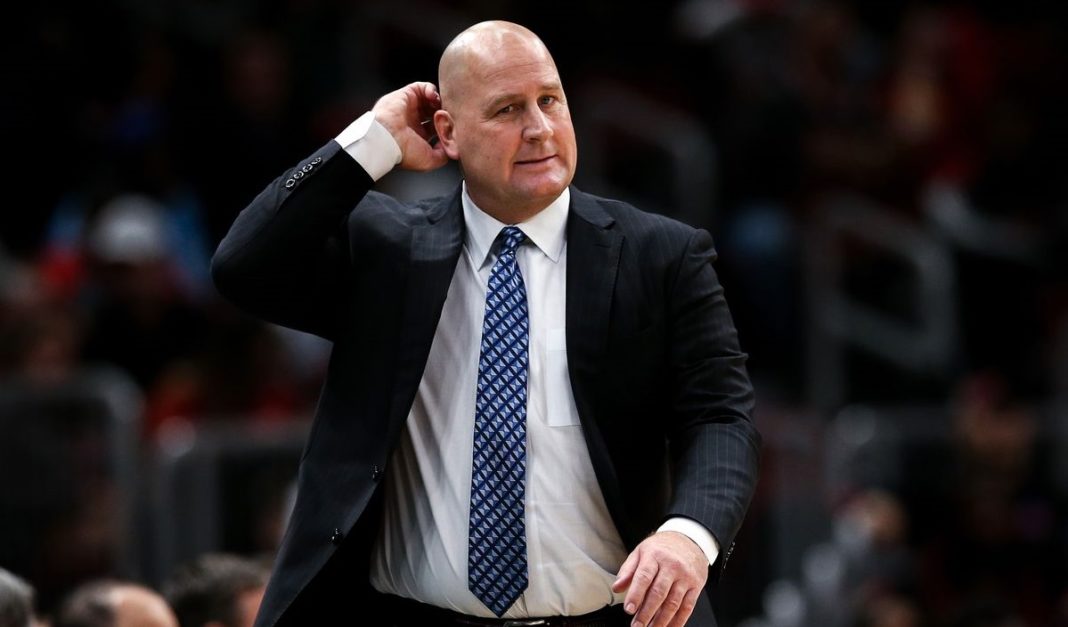 The Chicago Bulls promoted Jim Boylen to head coach on December 3rd, 2018 after firing Fred Hoiberg. Their reasoning behind the move was simple. It was felt Boylen’s more old school approach with a disciplinary style might get the collection of young and talented players to execute better both offensively and defensively. Something Hoiberg proved unable to pull off during his tenure.

Fast forward to the present day and their decision isn’t looking all that smart. Boylen is 25-57 during his time running the team. They rank 16th in points allowed this season and 24th in points scored. If that weren’t bad enough, the team is fast developing a reputation for being unable to close games out. Fans have seen enough and are screaming for the team to stop this madness.

Sam Amick and John Hollinger of The Athletic thus decided to ruin their lives with recent buzz regarding the Bulls head coach.

“League sources say that team president John Paxson remains a fan of Boylen’s tough-love approach despite the disappointing results thus far…Boylen’s defensive scheme has drawn plenty of criticism, especially since it’s an odd fit for a big lineup that aside from Thaddeus Young lacks fleet-footed bigs.

But to be fair, Chicago’s 29th-ranked offense is the more pressing concern. Sources say Boylen remains unpopular in the Chicago locker room, which isn’t surprising given that his tenure began with a near-mutiny over his grueling practices and formation of the much-derided “Leadership Committee.” His unpopularity with the players would be the driving force behind any move by management, who otherwise seem satisfied and gave him an extension before the season.”

Jim Boylen will survive as long as Paxson does

Anybody who has followed this team over the past decade understands that change never comes quickly. This is the organization that has held onto Gar Forman as GM for years despite clear evidence that he wasn’t doing his job nearly well enough to make this team a success. He drove a perfectly capable coach in Tom Thibodeau out of town in favor of Hoiberg. Paxson is even more bulletproof than him and his decisions don’t have any credibility at this point either. This is the same duo that willingly traded Jimmy Butler rather than working harder to build around him.

So it should be a surprise they’re content to stick with Boylen. They’ve been content sitting through mediocrity for years. There is no sense of urgency with this organization and it’s situations like this that prove it. All of it starts at the top. Owner Jerry Reinsdorf has become less and less willing to make wholesale changes for the good of his franchise as he’s gotten older. Unless he is open to removing both Forman and Paxson, it appears Boylen isn’t going anywhere.