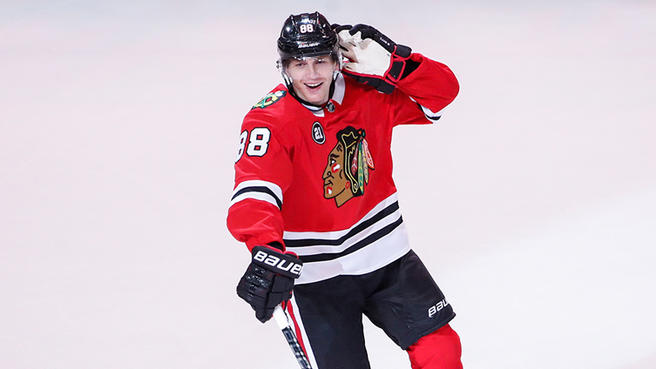 The past decade of Chicago sports has been nothing short of a wild one. We had the Derrick Rose era cut short due to injuries. The Chicago Blackhawks Dynasty. The first Chicago Cubs World Series in 108 years. It has been a mix of a lot of good and bad. Nothing really out of the norm when it comes to Chicago sports. Anyways, with the 2010s coming to a close in less than a month, I had this question run across my mind:

Who are the 5 athletes who defined the past decade of Chicago sports?

Who had a better decade than Showtime himself? 3 Stanley Cups. 7 All-Star appearances. I could keep going here but Kane has had so many accomplishments we’d be here forever if I tried to list them all.

Ah, Derrick Rose. One of the biggest ‘What if’ stories in sports history. Before Rose’s career was derailed by injures, he was the heir to the throne. The new face of the NBA. He was the Rookie of the Year in 2009. He made his first All-Star appearance in 2010 (one of three). He then went on to win the MVP award in 2011, becoming the youngest to do so at the age of 22. Even though we never got to see a fully healthy Derrick Rose, the impact he made on Chicago is something that will last forever.

This may come as a surprise to some that I have Rizzo so high at the third spot but I think he definitely has earned it. He was the face of the Chicago Cubs rebuild and also played a pivotal part in the Cubs finally breaking that 108 year championship drought.

Jay Cutler. You either loved him or hated him. That being said, Jay did set a lot of Bears quarterback records during his eight years as the Bears signal caller.

The number five spot was a toss up. So many deserving names I could’ve went with but I decided to go with Jake Arrieta. The dominance he displayed in 2015 was other-worldly. He led the MLB in wins with 22. He pitched a no-hitter and to cap it off he won the 2015 National League Cy Young Award. Still not impressed? Keep reading.

In 2016 he threw another no-hitter, won his first Silver Slugger Award, and then he went 2-0 during the 2016 World Series, helping the Cubs capture their first championship in 108 years. Complete and utter dominance.

Instead of throwing out my own honorable mentions, I thought I’d share some of your responses from the tweet I posted a couple of days ago.