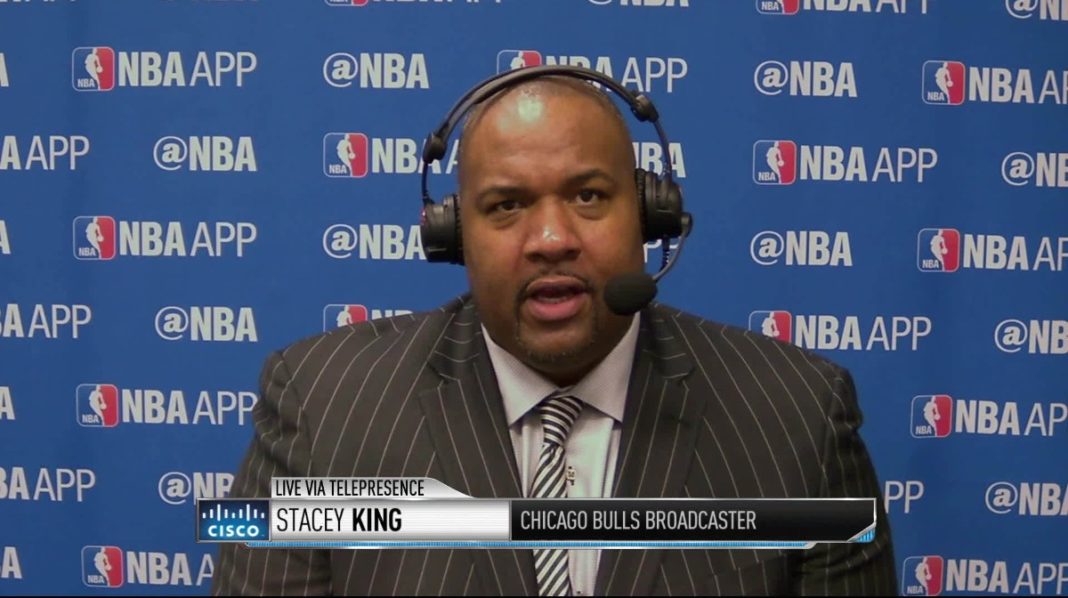 It seems every few months the basketball Gods bless us with a crazy, far-fetched Michael Jordan story. Here we are in the month of December and sure enough we are hit with yet another bizzare MJ bomb. This time the story is coming from former Bull Stacey King.

Stacey King was drafted by the Bulls with the sixth overall pick in the 1989 NBA Draft. Before he made the jump to the NBA, he played basketball at the University of Oklahoma. Before every home game in college he would rub all three of the his Michael Jordan posters for good luck. Once he was drafted by the Bulls he thought he could leave the posters behind since he was going to be playing side by side with the GOAT himself. This is where things start to get weird as Stacey King goes on to tell us about a time he rubbed a half-naked Michael Jordan before his first Bulls home game.

When I got to the Bulls, I felt like I could rub Michael instead rubbing of the poster. So, I rubbed him my first game as a rookie, and he looked at me like I was crazy and said, “Hey, man. What are you doing?” He had no shirt on and just had a pair of boxers on. At that particular time, I thought it was awkward. I could see why he thought it was awkward

He then went on and gave this explanation:


I figured I don’t need the poster anymore. I got drafted by the Bulls. I get to do it every game real-live Michael Jordan version. And he just looked at me crazy when I did it.

I swear these MJ stories keep getting weirder and weirder as time passes by.