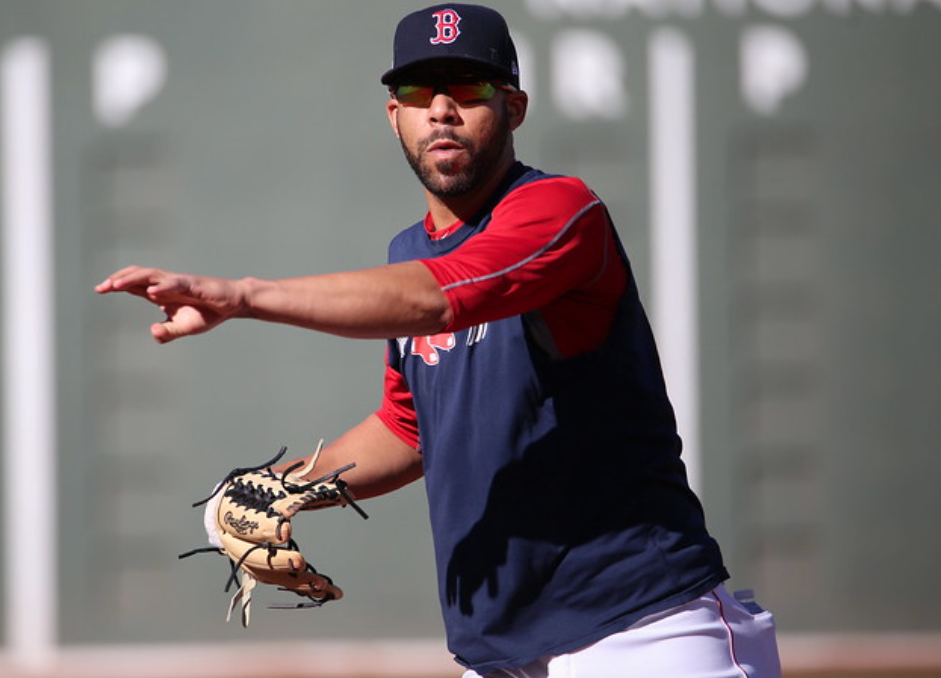 White Sox GM Rick Hahn said he wanted to add two starting pitchers this offseason. More than 10 starters have signed, including the top three free agents and the White Sox were only in the mix for Zack Wheeler. They tried to sign Jordan Lyles, but he went to the Rangers. There were reports linking the White Sox to Madison Bumgarner, Hyun-jin Ryu and Dallas Keuchel, but they don’t appear to be among the favorites for any one of the lefty trio right now.

So, how about a trade?

The Red Sox have made it well known that they’re trying to cut payroll this offseason and although the early rumors were possible trades of Mookie Betts or J.D. Martinez, the latest buzz is about left-handed starting pitcher David Price.

That was on Tuesday night and on Wednesday Hahn raised some eyebrows among White Sox fans, as he said the team has been considering a number of moves this week. He didn’t go into specifics, but the way he was talking you could definitely read between the lines. Maybe a big trade was being discussed.

That led to some fun rumors on White Sox Twitter, speculating that Hahn’s comments could be about a trade for Price.

Well, according to MLB.com’s Mark Feinsand, the White Sox are one of five teams that have engaged in talks with the Red Sox regarding Price.

According to a source, the Red Sox have held trade talks with at least five clubs about David Price, the 2012 American League Cy Young Award winner who helped lead Boston to the 2018 World Series title.
Among the teams in play for Price are the Padres, Cardinals, White Sox and Reds, while the Angels have also been in contact with the Red Sox, according to sources.

As Passan mentioned above, maybe the Red Sox get desperate to shed Price’s money that they add a solid, young player to entice teams. We saw that earlier this week, when the Angels traded Zack Cozart and Will Wilson to the Giants just so they could unload Cozart’s $12.7 million salary. Wilson was the Angels’ first round pick in 2019.

However, right now the Red Sox aren’t considering that option with a player like Andrew Benintendi, according to Feinsand.

One scenario that has been floated in recent weeks would have the Red Sox attaching a young player — Andrew Benintendi’s name has been mentioned often — to Price in order to dump the pitcher’s contract.
A source said that concept has not been considered by Boston’s front office — nor will it be, especially not with Benintendi.
“That’s not going to happen,” the source said.

Since signing what at the time was a record-setting $217 million deal for a pitcher, Price has made 98 starts for the Red Sox, posting a 3.84 ERA in 103 total appearances. He only made 11 starts in 2017, as he missed the first two months with an elbow injury and more time later in the year with elbow inflammation. When Price returned from his second stint on the injured list in September, the Red Sox used him as a reliever.

Price had a 3.58 ERA in 30 starts in 2018, throwing 176 innings. He also came up big in the playoffs, posting a 3.46 ERA in six appearances, five being starts. Price made two starts in the World Series against the Dodgers, and won both games as he allowed just three runs in 13 combined innings.

Yet, after his best season with the Red Sox Price had his worst year since 2009. He was placed on the injured list after six starts with elbow tendinitis and missed more time in August because of a cyst on his wrist. Price returned on Sept. 1, but was then shut down for the rest of the season because of concern over his wrist. He finished the 2019 season with a 4.28 ERA in 22 starts.