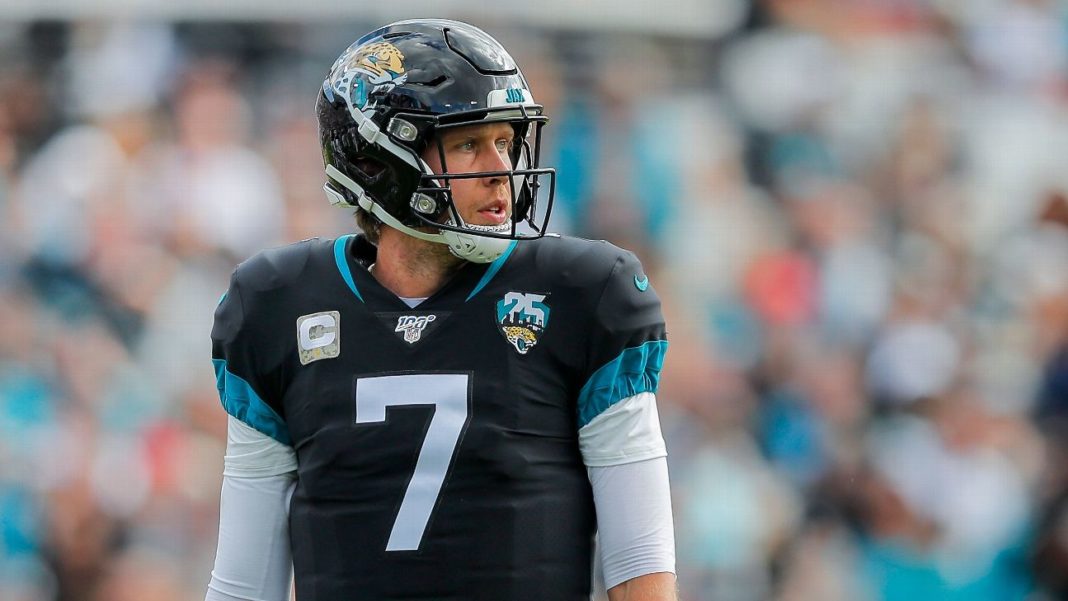 The Chicago Bears aren’t committed one way or the other just yet at the quarterback position. Mitch Trubisky has four games left to make a statement. He just delivered his best game of 2019 with 338 yards and three touchdowns in a comeback win over Detroit. If he can maintain this level of play against more serious competition like Dallas, Green Bay, Kansas City, and Minnesota then the talks of finding a replacement will die away. If he doesn’t? The search for help will begin in earnest. Could it still include Nick Foles?

Many people began pulling for this idea back in October. Trubisky was struggling and the Jacksonville Jaguars were getting unexpected standout play from rookie Gardner Minshew. However, as November approached the team decided it was time to bring Foles, who they’d signed to a big contract in the offseason, off IR to start. Suffice to say the result have not been what they hoped for.

In his three games after returning, Foles has thrown three touchdowns and two interceptions. Things bottomed out on Sunday in a blowout loss to Tampa Bay where the veteran lost two fumbles and managed just 93 yards passing. Fans grew fed up and began chanting for Minshew. Eventually, the coaching staff had no choice and made the switch.

This sent a fairly clear message. Jacksonville will move forward with the rookie, which leaves Foles in a state of limbo regarding his future.

While Foles isn’t playing his best football lately, this doesn’t mean he lacks value. History shows he functions well in the type of offense the Bears run under Matt Nagy. That was proven under Doug Pederson in Philadelphia and Andy Reid in Kansas City. He’ll be 31-years old in 2020 so he’s not over the hill. The big sticking point is his contract. A four-year deal worth $88 million. It’s a lot of money that the Jaguars are now set to pay him for essentially being the backup to Minshew.

That is not an ideal situation for any team to be in.

That is why the odds of them trying to unload the contract have gone up significantly. Their best hope is via trade. The problem is not a lot of teams might be willing to take it on. This presents an opportunity for the Bears. They could push the Jaguars into a situation where not only will they give up Foles, but a draft pick of some kind just to be rid of the contract. Something similar to the Brock Osweiler situation in Houston a couple of years ago.

At the very least Chicago could probably get him for nothing more than a late round pick. It’s another option and the more options, the better.