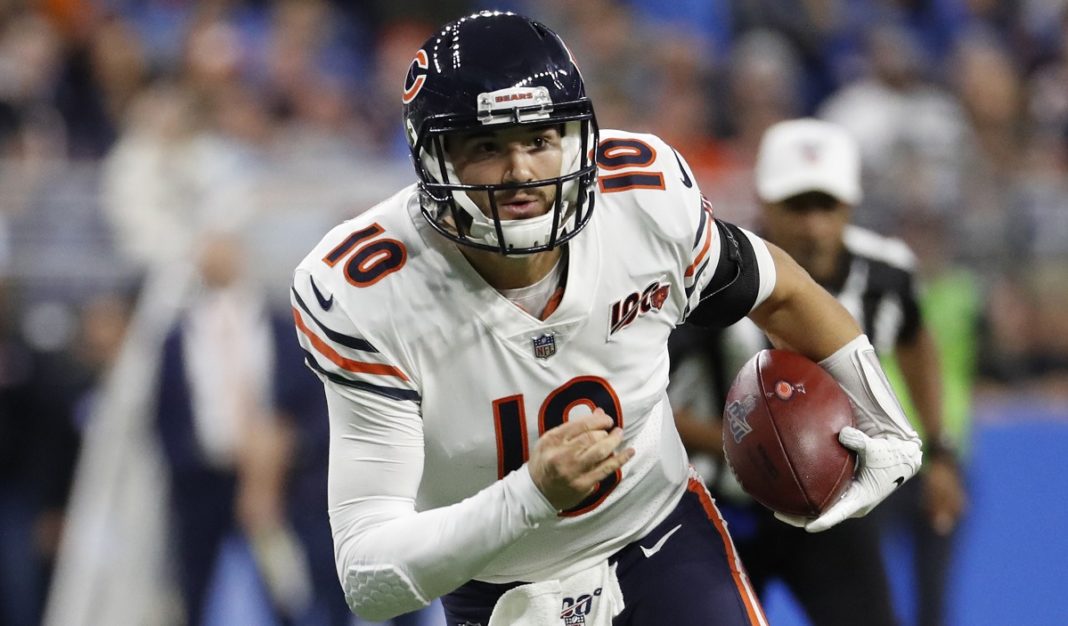 The Chicago Bears were overjoyed by the end of their Thanksgiving visit to Ford Field in Detroit. Not only had they managed a comeback victory over the Lions, it was their quarterback Mitch Trubisky who led the way. After weeks of inconsistency, he delivered his best game of 2019 by a mile with 338 yards, three touchdowns, and an interception. His final drive was a true masterpiece, covering 90 yards in which he covered huge chunks of it with outstanding throws to Anthony Miller.

Many of his throws were from the pocket and delivered into tight windows as well. It was an encouraging performance. Perhaps a sign that he’s finally starting to figure out how to play the position properly. However, not everybody is convinced this game changes anything. ESPN analyst and former NFL personnel director Louis Riddick isn’t buying into the optimism.

At one time he was a big supporter of Trubisky but has since changed his tune. He believes the game, while impressive, was nothing more than a trap.

“When he does this kind of thing, what happens is all the people who supported him are now going to say, ‘See? He can do it. It’s just a matter of developing him.’ But really what he’s doing is he’s setting you up. Because I don’t believe he necessarily has that mindset to really dial in.

And I’ve been a supporter of his. I have been a very, very vocal supporter of his. But too many times it’s the consistency is just too up and down and I think this could lead them to think we don’t really need to address this situation and that scares me.”

Mitch Trubisky needs to prove his worth against the best

The fact is Trubisky did what he was supposed to do. He had a big game against a terrible defense. The Lions have been a giving opponent for quarterbacks all year. Nobody can buy into this type of performance because it wasn’t a surprise. He needs to have this kind of game against an actual good opponent. One that features a respectable defense. Only then will people start to at least consider taking him seriously again.

This upcoming Thursday Night Football showdown with the Dallas Cowboys is perfect timing. They boast the 7th ranked pass defense in the NFL and are a tough assignment. If Trubisky can deliver a strong showing against them where he’s the reason the Bears win? Maybe he’ll start making believers out of longtime critics. It might be a lot to ask given the ongoing issues elsewhere on the offense, but anything can happen.