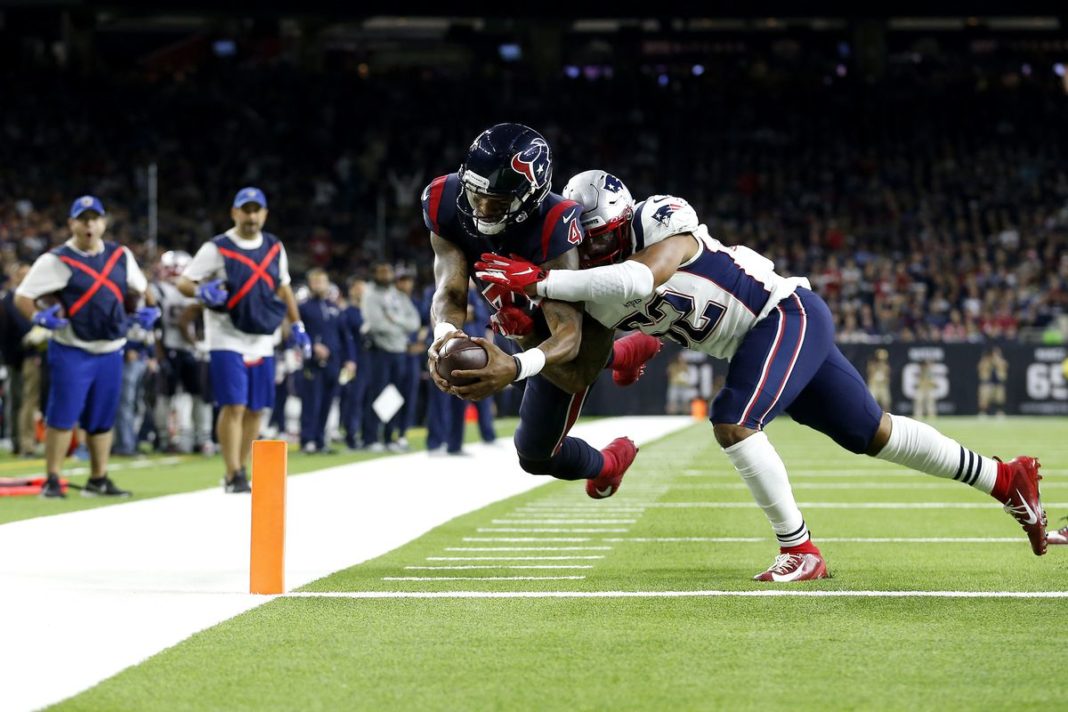 Beating the New England Patriots is a tall order every day of the week. The Houston Texans knew this going into their matchup with the defending champions on Sunday night. If they were going to pull off the upset, they’d need a complete team effort in all three phases. Not to mention a strong performance from their star quarterback Deshaun Watson against the best defense in the NFL. Luckily they got it.

Watson was the driving force behind a Texans victory which included three touchdown passes. However, the decisive score that proved the difference in the game came in the second half. Knocking on the door in the red zone, Houston decided to pull a little trickery. At the snap, the ball was given in a jet sweep going left. Then it was tossed to wide receiver DeAndre Hopkins who was heading back right. At the same time, Watson was running a wheel route. Hopkins threw him the ball and the quarterback ran it the rest of the way into the end zone.

That proved the decisive shot at Houston held on to win 28-22, handing the Patriots their second loss of the season. A lot of people credited Texans head coach Bill O’Brien for the creativity of the play. Except it was less an invention of his own and more a borrowing of a play already run before a couple of years ago. By none other than Mitch Trubisky and the Bears.

The play actually has origins going further back than that but it hadn’t been used in over a decade until Chicago unveiled it on a two-point conversion attempt against the Minnesota Vikings in Trubisky’s first career start in 2017. It was executed perfectly but proved not enough to help the Bears to a win. Given Watson is an athlete just like Trubisky, it made sense the Texans would keep that play in their back pocket for the right situation.

More proof that no matter what they do, the two quarterbacks remain linked.