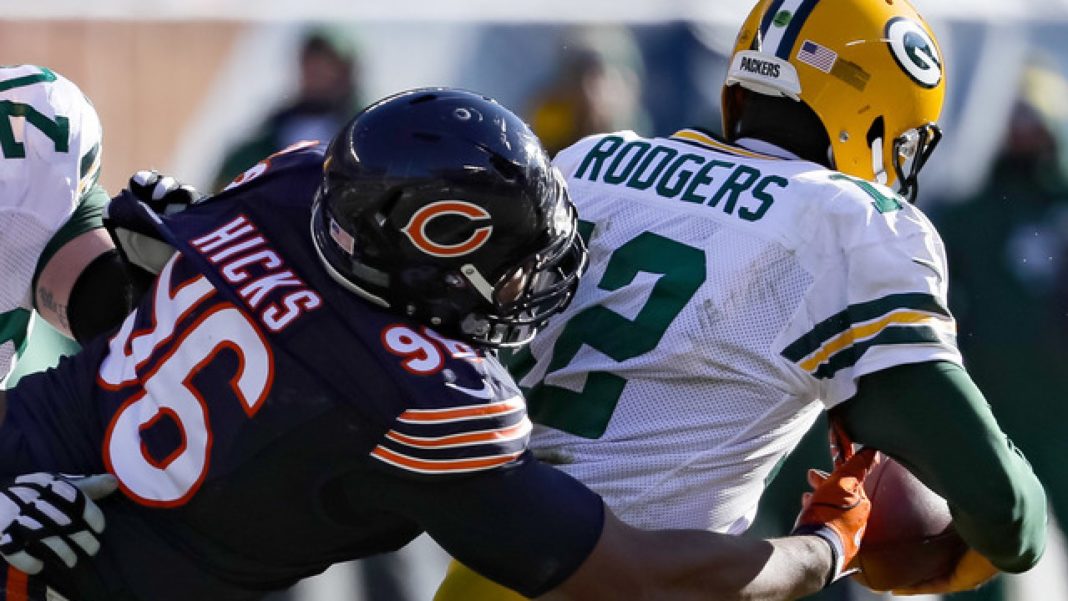 The Chicago Bears know there is a lot in front of them regarding a chance to make the playoffs. They have to essentially run the table in December to reach 10-6 and then hope either the Vikings or Seahawks stumble down the stretch to give them an opening into a wild card spot. Considering their final four opponents are Dallas, Green Bay, Kansas City, and Minnesota? That might be asking a little too much. That is unless their defense regains its dominant form. Something that could happen with the return of Akiem Hicks.

While the defense has still been good during the second half of 2019, it’s clearly lacked something in that time. That tends to happen when you lose your best run defender and second-best pass rusher. Hicks going down with his elbow injury in London was a massive blow for Chicago and something that took weeks to compensate for. Eventually, they seemed to settle themselves, but his absence is still more than noticeable.

That’s why the news he returned to practice on Sunday was so encouraging. It represents a crucial step in the process of him possibly returning to the lineup. Head coach Matt Nagy made it clear that if things go as planned, he will be back for the Week 15 rematch with the Green Bay Packers at Lambeau Field.

Much of how this scenario plays out depends on what happens this coming Thursday. Hicks’ return can mean a lot for their confidence and hopes. This providing they find a way to beat Dallas at Soldier Field. A loss there would make this entire enterprise meaningless. It’s a tall order. The Cowboys may have the same record as the Bears do but they’re still very talented and have a number of matchup advantages on paper. Particularly in the trenches.

They will need a full 60-minute effort from all three phases to pull off that victory. If they succeed, then they go into Green Bay not only with the momentum of a three-game winning streak but also their second-best defensive player back healthy. Hicks historically has loved playing the Packers and it’s been clear he’s beyond anxious to get back on the field. If he can give the defense that extra jolt, who knows? Maybe the team can make the run.