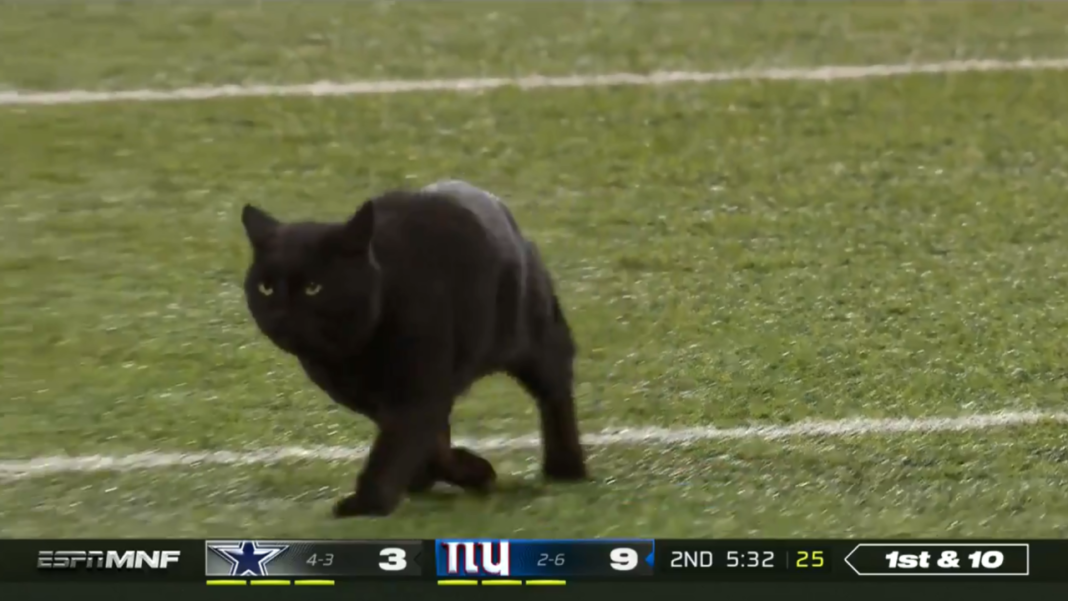 Anybody who is familiar with Monday Night Football will know the name Kevin Harlan. He is their radio announcer on Westwood One and is widely viewed as one of the best play-by-play guys in the business. Not just because of his knowledge of the game and his enthusiastic calls, but also his outstanding sense of humor. Rest assured the man has seen a lot of weird things during games including drunk fans running onto the field. However, a Monday night clash between the Cowboys and Giants saw something new.

With Halloween just a few days prior, a black cat suddenly sprinted onto the field of MetLife Stadium. Needless to say, it became an instant celebrity to the wider social media as the game was forced to stop as security attempted to deal with it. This didn’t stop Harlan from having a little fun with the situation. As the cat roamed the field and dodged security, the veteran announcer began to call it as if the cat were actually playing the game.