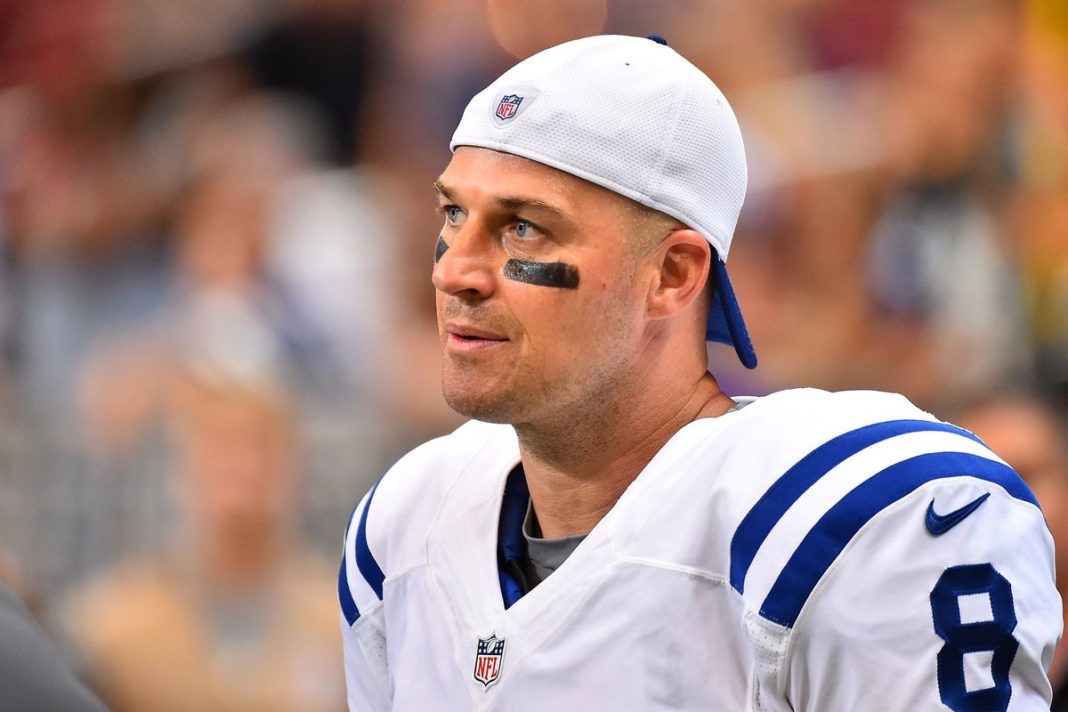 Mitch Trubisky is having the worst season of his NFL career and maybe of his entire athletic life. Everything seems to be going wrong. He can’t make even the routine throws look easy on Sundays. He’s making bad reads and just looks so overwhelmed every week. It’s led many to ask what in the world happened? Trubisky wasn’t great in 2018 but he was far more effective. It seems like that guy completely vanished for the Chicago Bears.

Pat McAfee, the former Pro Bowl punter for the Indianapolis Colts played host to his former teammate, retired quarterback Matt Hasselbeck to discuss this topic on The Pat McAfee Show. Hasselbeck is a former three-time Pro Bowler himself, so he’s a good authority on the position. He’s followed Trubisky’s downward slide closely since the season began and he feels he has an answer as to what the problem is. He also seemed rather confident he could fix the problem if given the chance.

“The way you fix it is a disciplined eye progression. I don’t care what position you’re playing but if you’re playing quarterback especially, you need a disciplined eye progression on every play. Your eyes have to be in the right spot. His eyes are not in the right spot. So there’s something to the Xs and Os that I know that I could help get fixed for him. I know that I could. But there’s something bigger than that. I think that’s what Matt Nagy and company are trying to figure out is his confidence is shook.”

The idea would be simplifying as many things as possible for Trubisky to give him easy reads. Part of the problem is he’s not going through his progressions as he should be. He’s all over the place from one snap to the next. Hasselbeck would break it down for him. However, all of this would be pointless if the 25-year old can’t regain his sense of belief that he can play at this level. Right now it seems like he lost that.

A quarterback can have all the talent in the world. If they don’t truly believe they can go against the best on Sundays, none of it matters. Hasselbeck knows this. He was never the most talented quarterback in the world. He survived by carrying himself with a chip on his shoulder, believing he could hang with anybody. Trubisky had that mindset last year. Somewhere along the way in 2019, he lost it. Getting that back is top priority for the Bears, but it may already be too late.