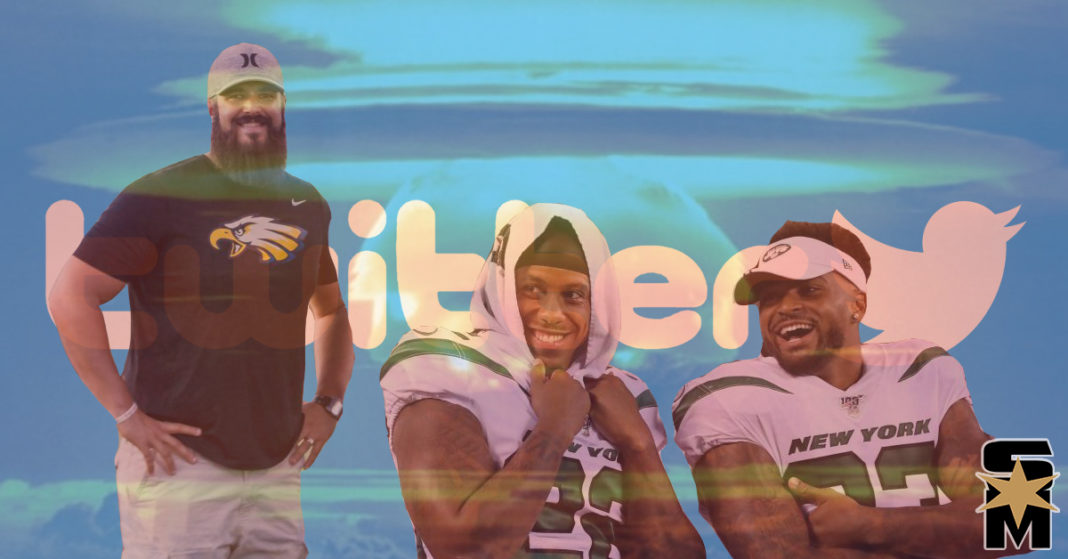 Sometimes it’s best to take the L and move on. For Raiders QB Derek Carr’s brother, Darren, this is a life lesson he hopefully learned. After the Raiders’ embarrassing loss to the ass Jets, Carr took to Twitter to defend his brother after Jets Pro Bowl safety Jamal Adams. What transpired after is Twitter clapback of apocalyptic proportions.

Then, Darren Carr shot his shot with a threat to save the post, which opened himself up for a verbal beating not even UFC fighter Ben Askren can relate to.

Not even a smiley emoji could save Carr from Adams’s response and subsequent social media pile-on.

I understand you never made it to the big stage, but stop living through your brothas. You need to focus on your lil high school job… you got class to teach tomorrow! https://t.co/M11ZL3QmC2

Jamal, you are a heck of a player man. But I have 50 young men that have more respect for their opponent then you do. A “pro” making fun of a HS teacher/Coach. Had a heart problem & couldn’t play anymore, so thanks for brining it up.
*Its thanksgiving break brother, week off 😊

At this point, the Grammar Police reminded Carr, who is a high school teacher, that spelling and commas do matter.

What kind of teacher uses *then instead of *than?! Grammar is important Mr Carr! Enjoy your week off! Luv https://t.co/rjMjAl47u2

When Carr decided to correct Adams’ slang for “love” with a poorly-conceived Tweet, all hell broke loose from fans. Even Raiders fans begged Adams from adding to the already large sting after getting blasted by the Jets, 34-3.

Mr Adams, please have mercy on my chubby big bro. This dang Twitter is his playground.
Forgive him for his gosh dang spelling, too. He got a D- in spelling in 2nd grade, but we Carrs prayed that evil away. The spelling devil is back, dang it.
God dang bless you.

Even Chicago Bears Pro Bowl defensive lineman Akiem Hicks could only marvel at the carnage.

While the sting of losing a vital trap game at New York stung, the L’s kept coming for Derek Carr’s brother. When you mess with the bull, you’re bound to get the horns. Sometimes, it’s just better to sign off and take a breather instead of getting hurt over a pic. Carr took it personal when the Tweet wasn’t even intended to mock Derek Carr.

When you get ratio’d like this, you know it might be time to melt your phone and move on. It was hard enough to watch that loss. This only adds to the disgusting feeling of possibly seeing your playoff hopes go down the toilet against one of the worst teams and franchises in the NFL.