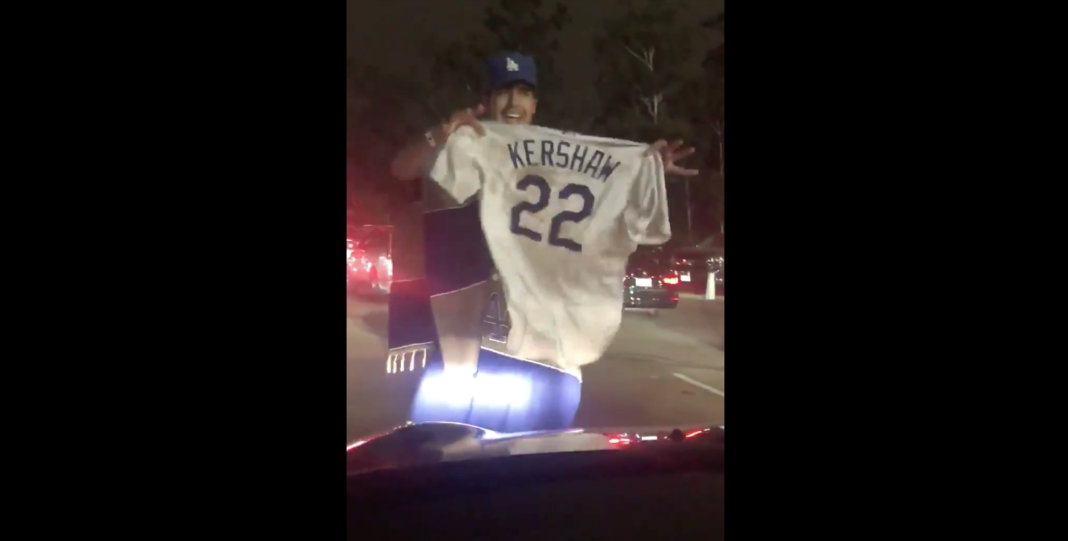 As much fun as it can be pointing to one guy for blowing a game, the Nationals really did an awesome job to come back and win the deciding Game 5 of the NLDS against the Dodgers. They earned their first trip to the NLCS. That being said, Clayton Kershaw had another Clayton Kershaw playoff moment and unfortunately for the future hall of famer, that’s not a good thing.

With the Dodgers leading 3-1 in the eighth inning Anthony Rendon and Juan Soto hit back-to-back home runs to tie the game against Kershaw.

So, Kershaw blew the lead, but Dave Roberts for some reason relied on Joe Kelly to pitch in the ninth and 10th innings. After a Rendon double put runners at second and third with no outs in the 10th inning, the Dodgers intentionally walked Soto and that brought Howie Kendrick up to the plate.

Kelly was still pitching for the Dodgers.

Dodgers closer Kenley Jansen didn’t come in until after Kendrick smashed the go-ahead grand slam. ESPN’s Jeff Passan was spot on after the Nationals won 7-3 to advance to the NLCS.

So, how are Dodgers fans handling the devastating loss? They’re in the parking lot running over a Clayton Kershaw jersey.

Meanwhile, Kershaw wasn’t running away from the critics, owning his postseason failures.

A reminder for every baseball fan watching. Just get to October and you have a shot. On the other side, it’s very hard to win in the postseason. Just ask Dodgers fans after they’re done doing doughnuts on Kershaw jerseys.

Oh and by the way, the Dodgers didn’t score a run after the second inning. But yeah, it’s all Kershaw’s fault.