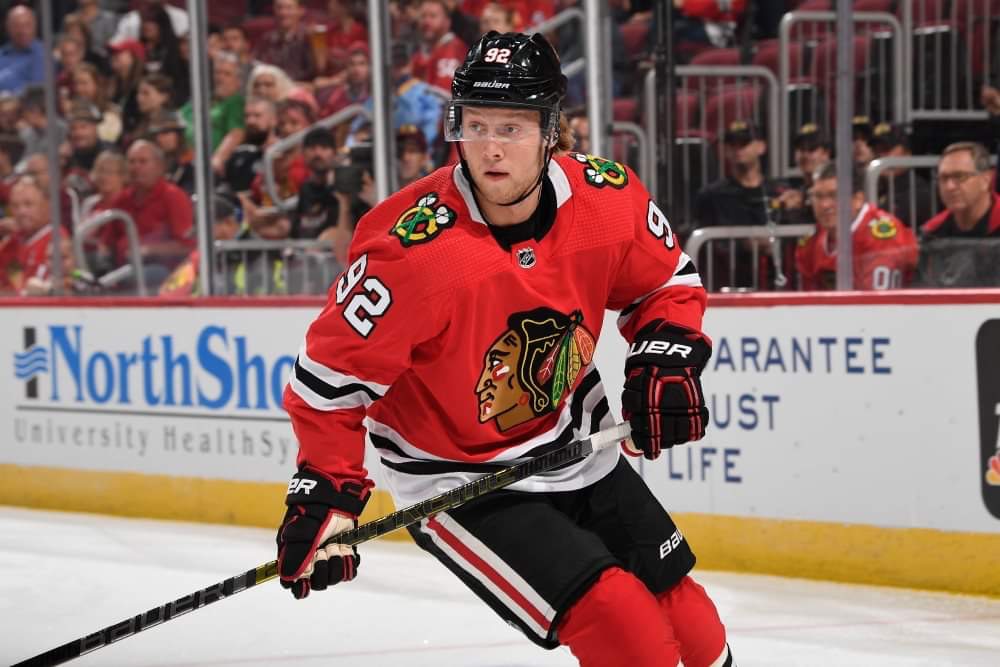 The Chicago Blackhawks got off to a rough start in Friday’s game in Prague, as defenseman Dennis Gilbert made an atrocious turnover to hand Travis Konecny the first goal of the game.

The ‘Hawks would answer right back in a big way though, as forward Alex Nylander rifled a shot past Carter Hart to tie the game at 1.

Nylander, of course, was acquired via trade from the Buffalo Sabres for defenseman Henri Jokiharju. Nylander is currently on the top line with Jonathan Toews and Patrick Kane and will have all the opportunities in the world to prove why he was a first-round pick in 2016. Nylander’s off to a great start so far: one shot, one goal.