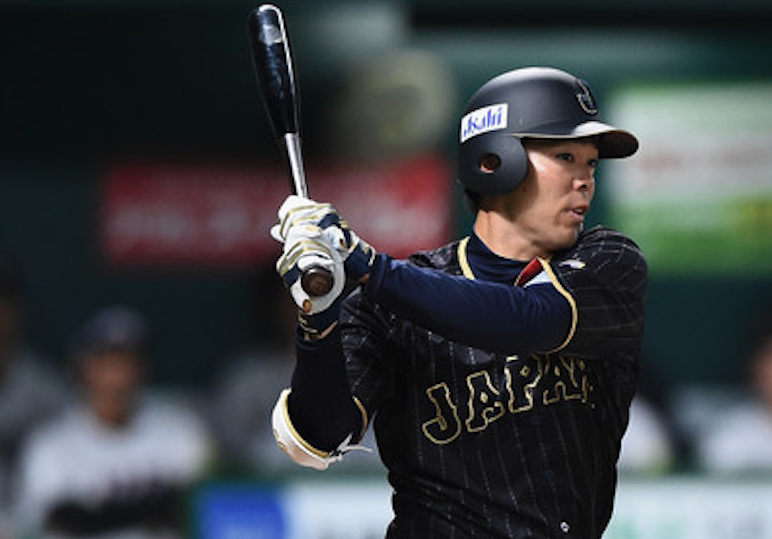 Could the Cubs start 2020 with Jason Heyward as their center fielder? Sure. It’s not the worst possible scenario, but he’s obviously better on defense playing right field and he still struggles against left-handed pitching. (Albert Almora Jr. is not the answer either, stop) Yet, a big problem when trying to figure out what the Cubs can do to upgrade in center field this offseason is that the free agent market is bare.

I mean, look at this list of free agent center fielders.

Yeaaaaaaaah, not exactly a ton of good options for the Cubs.

What do the Cubs need more than anything, though? A leadoff guy. What’s the number one job of a leadoff man? Get on base. Specifically, what has the Cubs offense been missing? Guys who make contact and don’t strike out a lot.

Enter Japanese free agent Shogo Akiyama, who is interested in coming to play in MLB.

I already know what you’re typing as your response. “Great, another Fukudome.” “Japanese players aren’t good in MLB.”

First of all, the Cubs did a poor job of viewing what made Kosuke Fukudome a solid baseball player and that was his on-base skills. He was presented to fans as a savior for the offense, who had some power, but he wasn’t that. He played solid defense and in four seasons with the Cubs Fukudome had a .369 OBP. The Cubs would be in the playoffs right now if they had a guy with a .369 OBP leading off for them in 2019.

Plus, when you talk about a guy like Akiyama, the Cubs don’t need him to be a savior. They just need a guy who gets on base and he’s not a guy who relies on power to put up great numbers in Japan.

Akiyama has been a regular starter for the past five seasons in the NPB and his numbers are fantastic.

Take a look at this scouting report and tell me you don’t want Akiyama with the Cubs in 2020.

Akiyama, 31, reportedly has a five-year offer worth $23 million to stay in Japan. Projected arbitration salaries just came out and Addison Russell is predicted to make $5 million in 2020. Get rid of him and give that money to Akiyama.

So, keep an eye out for Shogo, if he does indeed plan to come over to MLB. The Cubs should be all in on him.