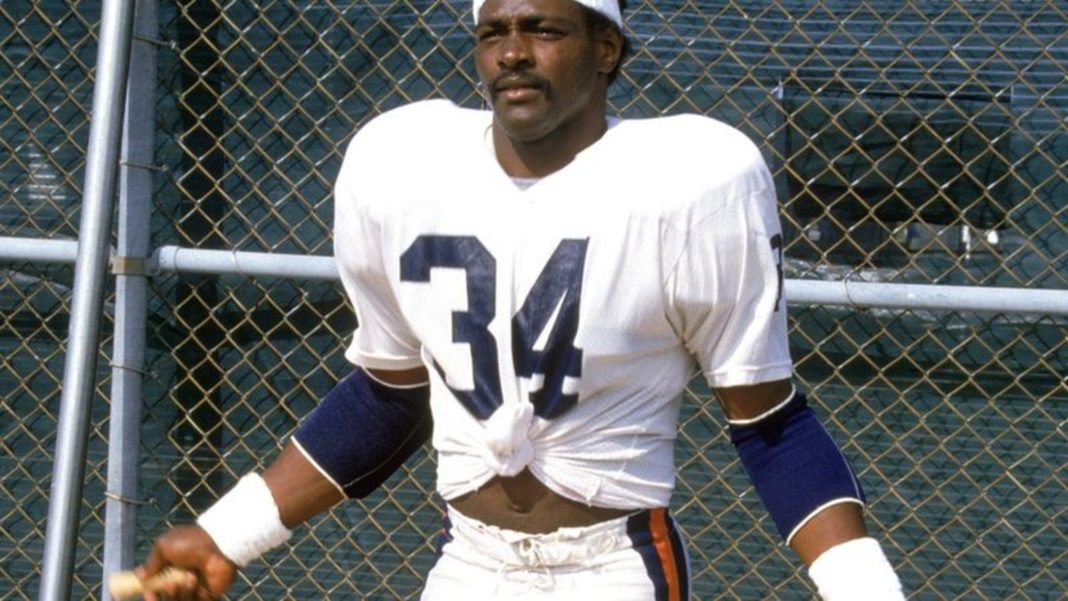 The Chicago Bears know they’re fighting for their season this week. At 3-4, it may seem like their odds aren’t good but aren’t terrible yet. However, with the current state of the NFC it feels like 10-6 isn’t going to be good enough to make the playoffs this year. That means they need to go on a serious run down the stretch in order to avoid being one-and-done as postseason participants. Few are giving them any hope of going into Philadelphia this Sunday and coming out with a win. This begs the question. What would Walter Payton do?

The all-time great Bears running back was no stranger to hard times. The first half of his career was marred by bad teams and disappointing seasons. It would’ve been easy for him to lose hope and just stop trying. Yet he persevered, stayed the course and eventually the team came around, carrying him to the Super Bowl. This is why the man adopted a saying that he used throughout his career. One that made him one of the great leaders in Chicago sports history.

It’s now a saying that Bears locker room is embracing in these hard times according to Kalyn Kahler of the MMQB.

Above the Bears’ lockers, there’s a Walter Payton quote spelled out in large capital letters on the wall: WE ARE STRONGER TOGETHER THAN WE ARE ALONE. And the players are embracing this attitude as they head into a crucial game at Philadelphia. Linebacker Danny Trevathan reiterated his trust in Nagy: “Trust isn’t an iffy thing,” he said. “It’s all about having each other’s backs.”

This is hardly the sort of situation Payton would view as impossible. He saw a number of seasons in his career get off to a bad start only to see it turn around. In 1977, the Bears started out 3-5 and looked dead in the water. However, a last-second escape against Kansas City led to six-straight victories and their first division title in 14 years. In 1979, the Bears again started 3-5 before another narrow escape, this time against San Francisco led to them winning seven of their last eight to make the playoffs.

So he wouldn’t be one to accept any excuses now. Especially not from a Bears team that is significantly more talented overall than those teams were back then. They have a defense. They can run the ball. Even their quarterback is better than Bob Avellini and Mike Phipps. It’s about believing in each other and believing they can get the job done regardless of who they line up against. It may not feel like the solution fans were hoping for, but it’s something.