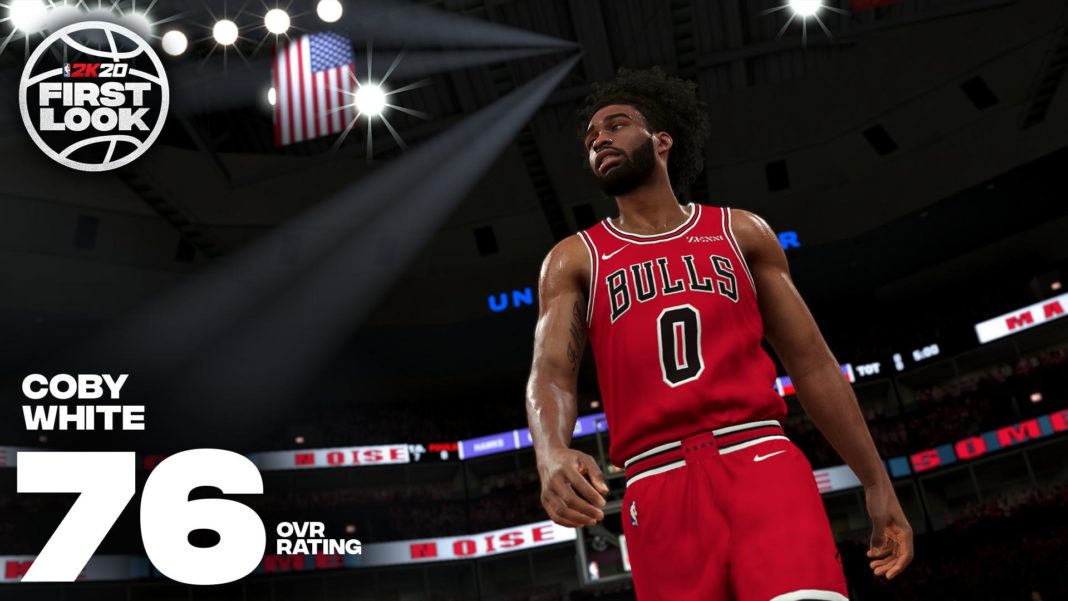 With the NBA season less than a month away, anxiety is building up as Chicago Bulls fans await to see what this year’s version of the red and black look like.

Talk and speculation use to be the only reading a fan could have on their favorite team in the offseason.

Not only are computer players designed to move and act like the real Zach LaVine or Lauri Markkanen, but the coaching style is attributed to the way the team plays.

When NBA 2K20 came out on September 6, one of the first things I did was check out the Chicago Bulls squad. I was curious how the roster would play under coach Jim Boylen’s perimeter centric strategy, how the point guard minute spread would flow between rookie Coby White, Kris Dunn and Tomas Satoransky and how the team would work with a mix of young guys and a few veterans.

I played a quick game controlling the Bulls against the Detroit Pistons and then a second game where I was the Detroit against Chicago.

With a perimeter centric coach such as Boylen in NBA2K, the strengths of his style are it will create mismatches in favor of stretch bigs and there will be more outside shot opportunities, while the negatives are poor rebounding and poor defense against opposing bigs.

The Pistons were a good matchup because Blake Griffin and Andre Drummond challenged the Bulls on both sides of the ball, while Derrick Rose and Reggie Jackson put pressure on the Bulls point guards. Detroit also has some shooters in Luke Kennard, Tony Snell, and the recently signed Joe Johnson, who spread the floor and made the Bulls defense work for every stop.

Although the Bulls only have two players with attribute levels in the 80s – LaVine (85) and Markkanen (82) – there didn’t seem to be a considerable drop off when the bench came in.

I realize this is a video game and it was against a computer, which can be easy to figure out what the next move is sometimes, but it was interesting to see how the team was coordinated by NBA2K since I left auto substitutions enabled.

White, LaVine and Porter were running the floor and Markkanen picked his spots on the 3-point line waiting for the incoming pass. Wendell Carter Jr. was a monster on the boards.

Defensively, the Bulls guards were solid against Rose and Jackson as they were both held under double-digit scoring. However, the negatives about Boylen’s game plan were held true as Drummond tallied 14 rebounds and Griffin scored 28 points.

When it came to minutes, Dunn and Satoransky (both 75s) were given equal tick. In real life, I hope the Bulls move on from Dunn and try to trade him. Satoransky uses his 6-foot-7 frame wisely and aggressively to weave his way through traffic and orchestrate the Chicago offense.

Playing as the Pistons, it was easy to stop the Bulls when Dunn was in the game because it seemed like the offense slowed down and played isolation basketball. It was pretty easy to focus on LaVine as he tried to play his own version of Melo ball, but unfortunately, LaVine isn’t Carmelo Anthony (in his prime). With a tall, lengthy defender such as Snell or Sekou Doumbouya in his face, LaVine didn’t make many buckets and was forced into a few turnovers.

What was cool to see was how the offense did try to push the ball down the court after a rebound or a steal. Last season, it seemed the Bulls wanted to slow down the pace of the game. It hurt them when faster teams would take the lead and Chicago would try to rally with a slower system.

With a little head coaching experience under his belt, maybe Boylen will take advantage of his quicker players and turn them loose for quick scores. Chicago looked good doing it in NBA 2K.

The old with the new

In NBA 2K20’s MyTeam mode, which gives you the opportunity to build your own team with former and current NBA players, the Bulls are a tough out in Domination because they are able to spread the defense with shooters at every position.

Otto Porter, Thaddeus Young, Denzel Valentine were X-factors as they made mid-range and 3-point shots to bring my defense out a little bit. When I went outside, Young or Carter corralled back in the paint looking for easy baskets.

As an opponent, it wasn’t fun, but as a Bulls’ supporter, it put a smile on my face. Now, as long as the injury bug doesn’t attack the Chicago roster as it has in the past few seasons, this should be a fun team to watch at the United Center or on TV.

There will be shoulder shrugs and crumpled facial expressions as the Bulls get beat around in the paint by Anthony Davis, Drummond, Griffin, Nikola Jokic and other top bigs in the NBA. But there will also be a delight with a point guard who can lead an offense (White) and more 3-point threats than the team has had in the last few years.

There isn’t emotion and good and bad shooting days configured in NBA 2K, but if the real Bulls can handle the up and down nature of the season, the Bulls should be good enough to take a spot in the Eastern Conference playoffs.