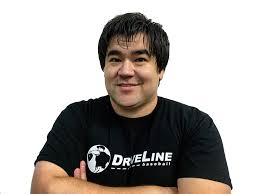 Kyle Boddy started Driveline Baseball 10 years ago and on Tuesday he was hired by the Cincinnati Reds to be their director of pitching initiatives and pitching coordinator, exclusively working with their minor leaguers.

At his end-of-the-season press conference Monday, Theo Epstein once again reiterated the fact that one of his goals this offseason was to hire a director of pitching. The Cubs were hoping Boddy would join them in some capacity, but ultimately he opted to go with the Reds, who have Derek Johnson as pitching coach and starter Trevor Bauer, both friends of Boddy.

The Cubs reportedly did offer Boddy a position in their organization.

One issue that may have been the difference-maker in Boddy’s decision to choose the Reds over the Cubs is that he’ll still be working at Driveline.

After waffling the past two years over whether to move from consultant to employee, Boddy interviewed in recent months with teams and sought a specific role in which he would oversee the pitching development while maintaining his job as president and director of pitching at Driveline. The Reds acceded, as Boddy’s longtime relationship with their major league pitching coach, Derek Johnson, would help ease the transition.

Boddy has consulted several teams over the years, most famously the Astros, who have revolutionized pitching in the last few years in MLB.

Despite losing out on Boddy the Cubs are committed to jumping in head-first to modernizing their infrastructure, as they’ve failed overall developing pitchers during Epstein’s tenure in Chicago.

So, the Cubs will continue to search for their own Kyle Boddy.