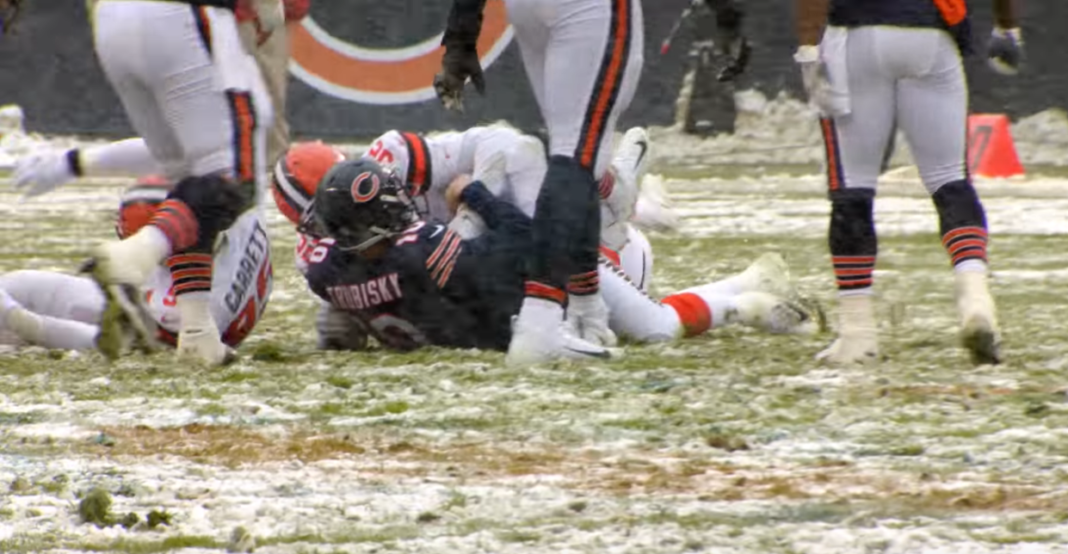 Re-drafts do feel like a pointless exercise given it’s impossible to change history. The Chicago Bears traded up to get Mitch Trubisky at the 2nd overall pick. It’s a move they have to live with, for better or worse. However, it is at least a fun exploration of how different things might’ve gone for the franchise if teams ahead of them had made their own decisions a bit differently. Kevin Seifert of ESPN decided to explore what might’ve happened to the Bears in such a scenario.

The quick answer? Been granted their original wish.

One would imagine they just take a different quarterback right? Either Patrick Mahomes or Deshaun Watson. In truth, neither would end up being available as the Cleveland Browns (Mahomes) and San Francisco 49ers (Watson) stay put at #1 and #2 to get their franchise signal-caller. This leaves the Bears with an obvious option. Defensive end Myles Garrett, bolstering their rebuilding defense with the elusive pass rusher they need.

“With the benefit of hindsight, it’s difficult to imagine that Trubisky would be a first-round pick at all, let alone a top-five selection. There aren’t many people in the NFL who think Trubisky’s development has been botched or neglected — especially considering he’s played under head coach Matt Nagy — yet he hasn’t progressed to a point that justifies the No. 2 overall pick.

It’s possible under those conditions that the Bears might’ve tried to at least grab a quarterback in the later rounds. They could’ve gone with Notre Dame standout DeShone Kizer or Cal ‘s David Webb. In truth though, GM Ryan Pace probably would’ve bitten the bullet and waited for 2018. That means an entire year of Mike Glennon at quarterback. Something fans probably wouldn’t have enjoyed that much. On the bright side though, it would’ve handed the team another high draft choice.

Presuming they ended up at the same spot of #8 overall? It’s unlikely Roquan Smith would’ve been their choice again. They would have had a choice of either UCLA’s Josh Rosen or Louisville’s Lamar Jackson. Do people consider them better options than Trubisky? That’s up for debate. Maybe the narrative would be different from the wider media had things gone this way. That much is for sure. In the end, it’s all speculation. Trubisky is their guy and they must live with that.

The quarterback can’t be deemed a complete failure just yet. There is still a lot of time left in the season. If the Bears can fix some of their other prominent offensive issues, it’s possible the 25-year old can get going.