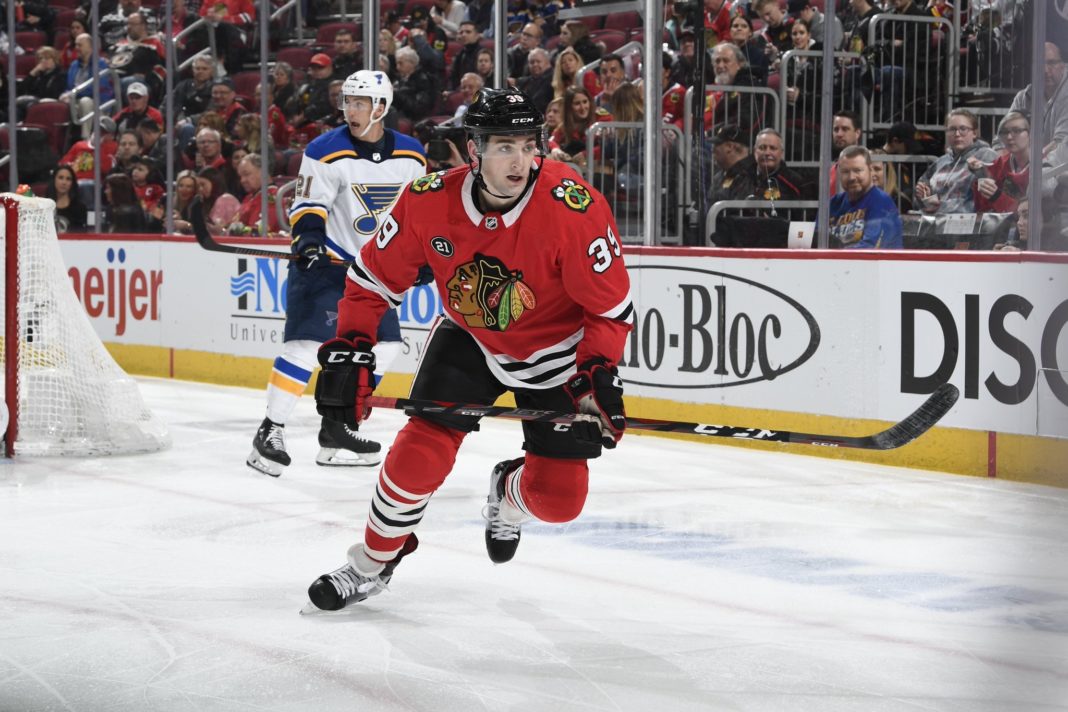 The Chicago Blackhawks assigned defenseman Dennis Gilbert and forward Anton Wedin to the Rockford IceHogs of the American Hockey League on Monday. Defenseman Carl Dahlstrom was also put on waivers for the purpose of reassignment.

As Friday’s regular-season opener vs. the Philadelphia Flyers begins to creep closer, the Chicago Blackhawks opening night roster is starting to become clear.

Monday was an eventful day for the Blackhawks front office, as Dennis Gilbert, Anton Wedin, and Carl Dahlstrom were all reassigned to the Rockford IceHogs. Dahlstrom is the only player that has to clear waivers in order to be reassigned.

With Gilbert, Wedin, and likely Dahlstrom bound for Rockford, the Blackhawks have 24 players on their current roster. The final 23-man roster is due on Tuesday, and the last player expected to be sent down is third-string goaltender Collin Delia. Here’s a quick breakdown of the 23 players that are expected to make up the opening night roster.

During a press conference on Monday, Blackhawks coach Jeremy Colliton stated that both Calvin de Haan and Zack Smith could play on Friday. Connor Murphy, on the other hand, appears to be doubtful for the season opener.

Based on Murphy’s status and Gilbert’s reassignment, it sure sounds like de Haan will play on Friday. If both Murphy AND de Haan couldn’t go, then the Blackhawks wouldn’t have sent Gilbert to Rockford. They would have kept an eighth defenseman on the roster.

2019 3rd overall pick Kirby Dach survived another round of roster cuts on Monday. The 18-year-old forward did not play a game during the Blackhawks preseason, but that hasn’t diminished his chances of making the team. It appears that the Blackhawks fully intend to let Dach make his case for why he should stick around.

Dach, a 6-foot-4, 200-pound center, has been skating in Europe with the Blackhawks this past week. There hasn’t been any update as to exactly when Dach will make his much-anticipated debut, but the feeling is that it’s coming soon. The Blackhawks wouldn’t have saved a roster spot for Dach if they thought that he’d be out for much longer.

Whether it’s on Friday or the second or third game of the season, Kirby Dach will be playing in a Blackhawks sweater in the near future.