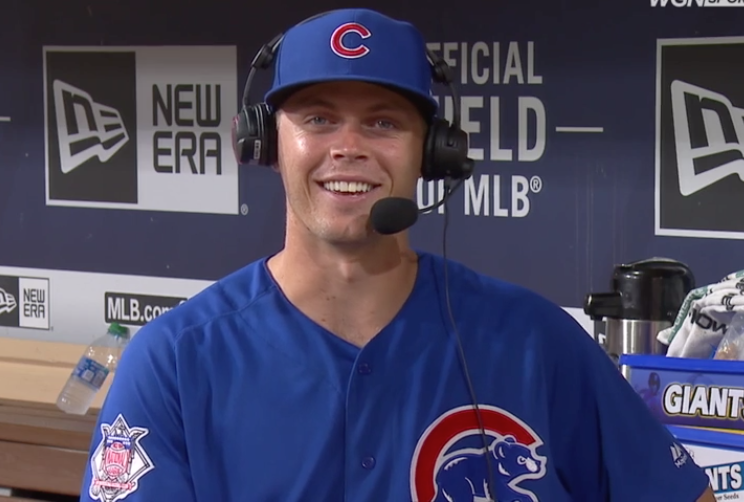 Move aside Dee Fondy, you got some company!

Cubs number one prospect Nico Hoerner made his MLB debut against the Padres Monday night and casually picked up three hits, while driving in four runs and the shortstop scored twice as well.

Hoerner became the first Cubs player with three or more hits and four or more RBIs in his MLB debut since 1951.

Hoerner picked up his first hit in the second inning, blooping a single to right field on a 0-2 count. Then, after reaching safely on a fielder’s choice, Hoerner eventually scored on a wild pitch.

After Hoerner’s third hit of the night, Cubs fans in San Diego went nuts and started a “Nico” chant. Incredible.

It kind of reminded me of Cubs fans starting a “Javy” chant in Colorado last year.

Hoerner’s reaction says it all.

The 22-year-old will get the start at shortstop on Tuesday night as well.