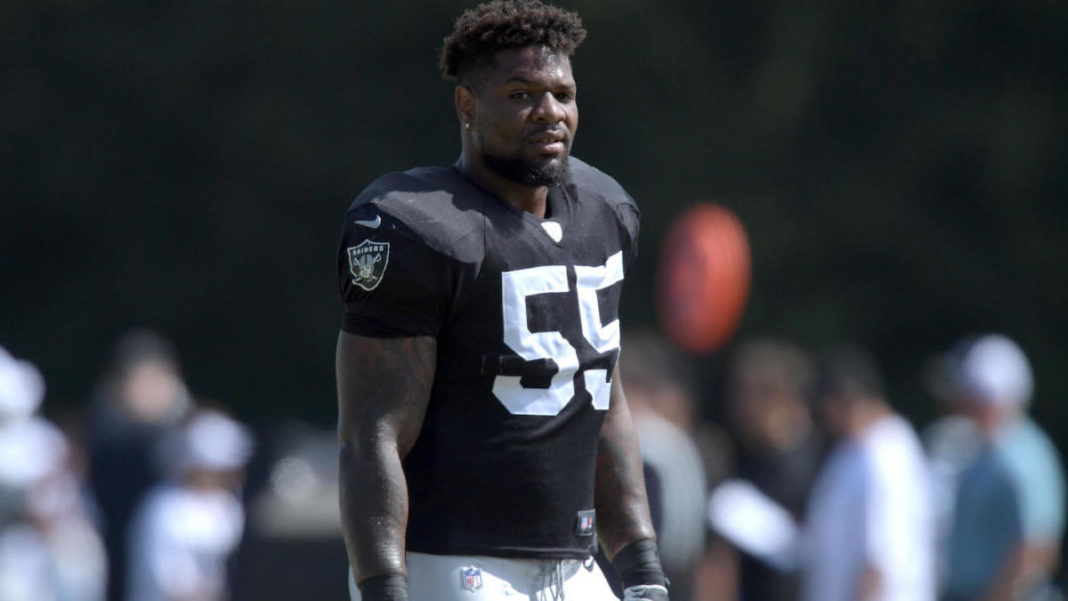 Oakland Raiders linebacker Vontaze Burfict has been suspended by the NFL for his helmet-to-helmet hit on Indianapolis Colts tight end Jack Doyle on Sunday. The hit, which took place in the second quarter, resulted in Burfict’s ejection from the game. The league announced the suspension Monday morning.

The 29-year-old linebacker had been suspended or fined 13 times in his seven seasons with the Cincinnati Bengals before signing with the Raiders as a free agent this offseason. Two of the prior suspensions were for illegal hits. The Raiders face the Bears in London on Sunday, a big game for both teams dealing with injury and internal drama.

“There were no mitigating circumstances on this play,” the letter stated. “Your contact was unnecessary, flagrant and should have been avoided. For your actions, you were penalized and disqualified from the game. Following each of your previous rule violations, you were warned by me and each of the jointly-appointed officers that future violations would result in escalated accountability measures. However, you have continued to flagrantly abuse rules designated to protect yourself and your opponents from unnecessary risk.”

Burfict — who was named a team captain this season — will not be paid during the suspension, which includes the postseason as well. The league cited repeated violations of unnecessary roughness rules in its decision, further weakening the Raiders’ defense and adding to the already-dramatic final season in Oakland.

Raiders coach Jon Gruden spoke about the hit after the Raiders’ 31-24 win over Indianapolis.

“It’s a tough decision, it’s a tough call. I think it was a flag,” Gruden said. “It was very well-documented that the league was going to review those plays this year in New York City. So, that’s what happened and I’ll wait to hear what their reasoning was. But it was a penalty, he went in there with his head down, it was called and, unfortunately for us, it was an ejection.”

The Raiders return to action Sunday in London against the Chicago Bears, who are dealing with injuries and a little drama as well. Linebacker Roquan Smith was deactivated an hour before the Bears’ 16-6 win over the Minnesota Vikings, citing personal reasons. Starting quarterback Mitchell Trubisky is expected to miss time with a shoulder injury as well.

The game is scheduled for a 10 a.m. start PST, and will feature the first matchup between the Raiders and former All-Pro linebacker Khalil Mack, who was traded to the Bears at the start of last season amidst a contract holdout.