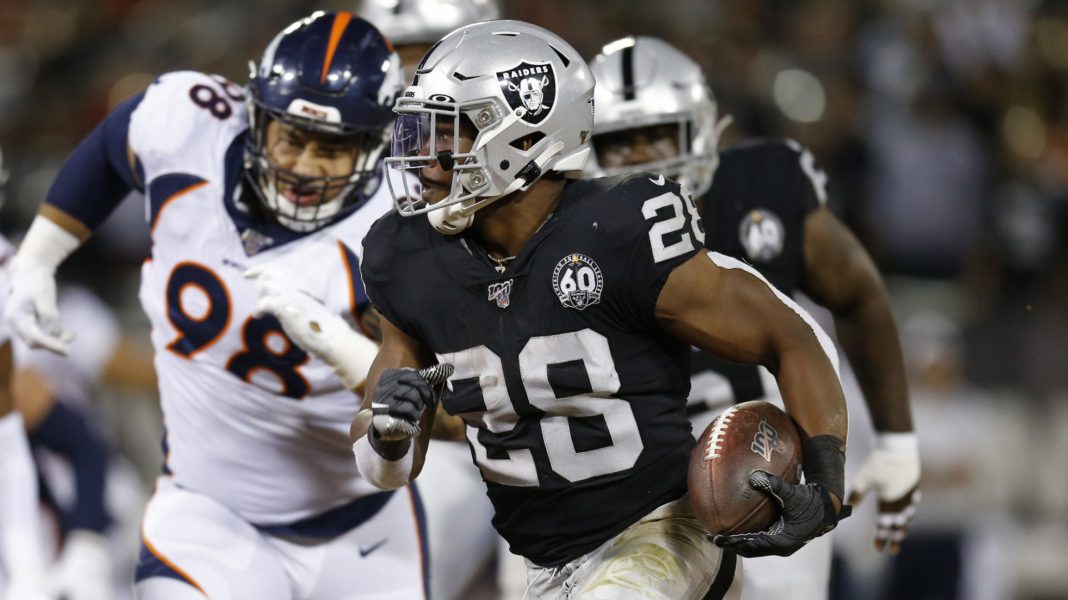 Matt Nagy and the Chicago Bears are trying to regroup after a disappointing Week 1 loss. Their job certainly doesn’t seem to be getting easier. Next week they must travel to Denver to play the Broncos in Mile High. One of the toughest stadiums for a road team in the NFL. Especially early in the year. The Broncos have lost just twice at home in the first two weeks of a season going back over a decade. Suffice to say the Bears have a tall order on their hands.

It’s made that much more difficult because the man waiting for them will be Vic Fangio. Their beloved former defensive coordinator is now the head coach in Denver. He has an intimate knowledge of this team, both offensively and defensively. That knowledge could be put to good use in making Chicago’s day miserable next Sunday. On the other hand, the Bears got some welcome information on the Broncos courtesy of Monday Night Football.

They like the rest of the country watched as the Oakland Raiders systematically dismantled them in a 24-16 triumph. Did they do some things that Nagy and the Bears could use to their advantage? Absolutely.

Matt Nagy must be willing to curb his greater urges

Fangio is an old school coach. He’s been around a long time. So it made sense that Jon Gruden and the Raiders employed an old school approach to taking his team on. It was evident both offensively and defensively. Better still, the methods are all things the Bears are fully capable of replicating. Provided Nagy doesn’t let his own ego get in the way.

On offense: Commit to the run and quick passes

Oakland knew the quickest way Denver could’ve ruined their night. That was their stud pair of edge rushers Von Miller and Bradley Chubb. So how does one slow them down? A steady dose of running the ball is a good place to start. The Raiders didn’t exactly gash Denver on the ground. They only averaged 3.69 yards per carry. However, they stayed committed to it anyway, running the ball 26 times. Josh Jacobs managed two touchdowns on top of that.

Oakland also had quarterback Derek Carr employ a quick passing game to help slow the pass rush as well. That combined with a couple of nice chunk gains off play action enabled the Raiders to score 24 points, which proved plenty to take care of business. Miller and Chubb failed to register a sack or even a hit on Carr all night. Nagy isn’t dumb. He understands how to make adjustments so this sort of gameplan is certainly one he can employ.

On defense: Stop the run and force Joe Flacco to move

Denver believes Joe Flacco can be their quarterback. If they wish that to be true, then they need one thing to go right. They have to run the ball. Flacco’s entire history is geared around the ground game. When his team runs it well, he’s effective. When forced to throw a lot, that effectiveness drops. This game was living proof. In the first half, Denver ran the ball seven times for just 15 yards. Flacco managed just 73 yards passing on 13 attempts. This included a fumble while being sacked.

In the second half, Denver finally got on track. They finished the game with 79 yards on 15 carries. Flacco took advantage with 195 yards and a touchdown on 18 attempts. It proved to be too little, too late as the Broncos stalled numerous times in the red zone and couldn’t close the distance. Oakland also sacked him three times in total, never allowing him to get too comfortable. The Bears had the #1 rushing defense in 2018 and allowed just 47 yards on the ground in the opener against Green Bay.

The team is more than capable of following this blueprint. It’s a question of whether Matt Nagy and his staff took proper notes on Monday night.