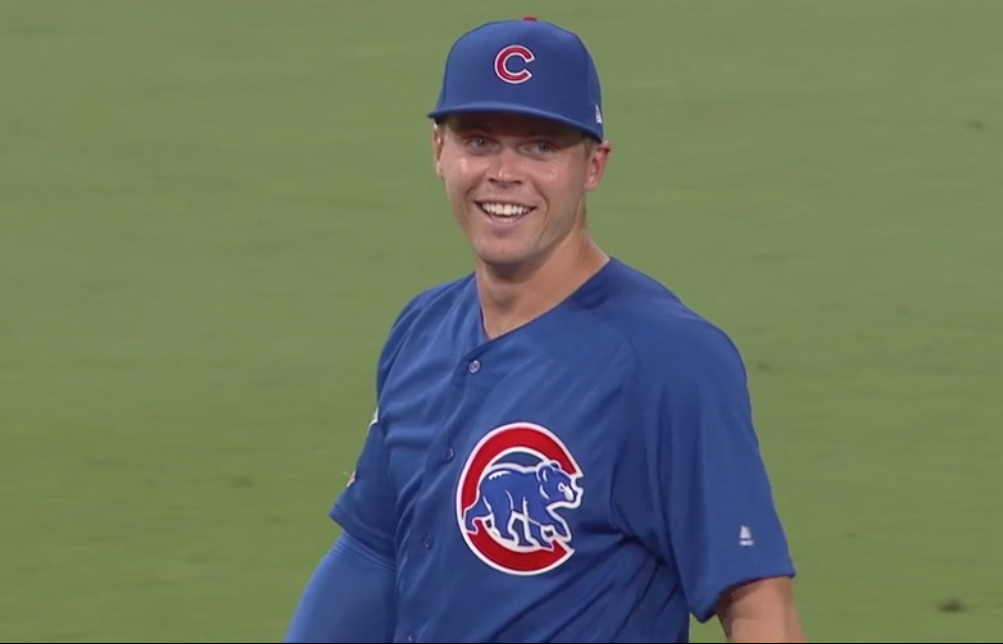 The Cubs made a big move before starting a four game series against the Padres on Monday, calling up their number one prospect Nico Hoerner.

In his first MLB at-bat, Hoerner fell behind 0-2, but then showed off his skills at the plate, blooping a single to right field for his first MLB hit.

Then he scored his first run in the majors on a wild pitch.

The rookie was only getting started. After getting his first hit and run scored it was time for some RBIs. Hoerner came up with runners at first and third with one out in the fifth and hit a two-run triple down the left field line.

Hoerner then scored for the second time, as the Cubs offense batted around in the inning, putting up five runs against the Padres.

What a debut by Hoerner!

Hoerner then hit a two-strike, two-out, two-run single in the sixth inning.

The rookie grounded out to shortstop in his last at-bat, finishing his MLB debut 3-for-5, with 4 RBIs, two runs scored and a triple.