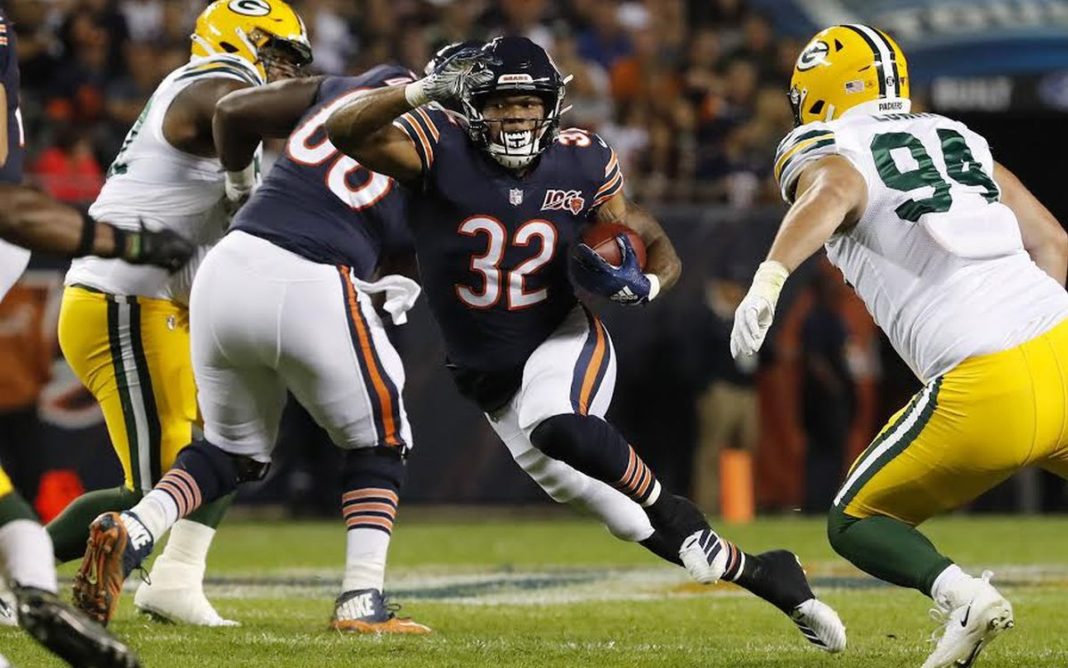 Matt Nagy spoke to the media for the first time after the Chicago Bears’ loss to Green Bay on opening night. He expressed gratitude that the team got out relatively healthy. It sounds also like Trey Burton may be available next week in Denver. Among the things he discussed were lamenting some lost opportunities and also some miscommunications along the offensive line. One of the biggest frustrations though had to do with field position.

A key reason the Packers were able to control the action for most of the game was that the Bears offense kept finding themselves in 3rd and long situations. They were constantly hampered by poor execution and penalties. Along with the inability to get Mitch Trubisky some shorter, easier completions. However, the biggest criticism was Nagy’s inability to commit more to the running game.

Chicago ran the ball just 15 times. Worst of all their prized rookie running back David Montgomery only got seven touches. After all the hype he and the team created around Montgomery, to only use him that much is baffling. So reporters asked if Nagy if he was at all interested in getting the rookie more involved.

His answer was pretty telling.

“Yeah you would like to do that. I think as the general fan, that would be great. The hard part is that, again, a rookie guy coming in and learning. There’s a lot of intricacies to our offense with rules and assignments. Not just with running the ball but in pass protection or running routes and different things.

So we’re kind of easing him into it. I know everybody wants that instant gratification and wants the great fantasy stats right away from week one. And we want production, you know? I love the kid. I think he’s going to have a very bright future but there’s going to be a little bit of a wait here and balance until we figure out how best to use him along with Mike (Davis) and Tarik (Cohen).”

Matt Nagy will not bend to outside pressure on Montgomery

Two things are clear from that statement. One? Nagy has high expectations for Montgomery and fully intends for him to be a big part of the offense. Two? That may not happen right away. It’s apparent that the coach loves the talent but is not yet satisfied with Montgomery’s all-around game. He can run and catch to be sure. Where he seems to need work in order to gain greater trust is in pass protection and the precision with which he runs routes.

In other words, fans must be patient.

It isn’t a matter of “if” Montgomery will get there. It’s a matter of when. The team maintains the utmost confidence in him and it is clear as day he impacts games. Sooner or later he’ll start getting more action on the field. Nagy even admitted that the rookie did well with every touch he got against the Packers. Odds are even he’s curious to see what happens when Montgomery gets more. That will happen as the season begins to truly unfold in the coming weeks.