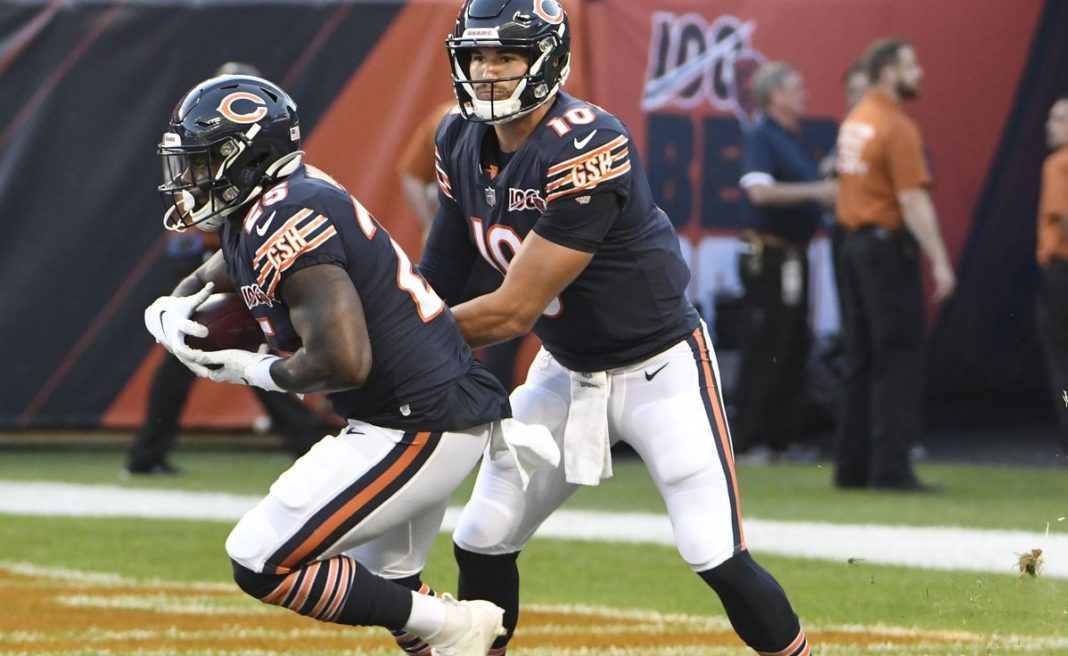 One of the most confusing parts of the Chicago Bears’ 10-3 loss to the Green Bay Packers was how few times they ran the ball. Just 15 times total. That is an appalling lack of balance for an offense and no doubt a big reason why Mitch Trubisky struggled the entire game. Ask him to throw 45 times behind an offensive line that was clearly not having its best night was a recipe for disaster. Most of the blame for this fell at the feet of head coach Matt Nagy.

This isn’t a surprise. He calls the plays and is therefore responsible for the offensive balance. Nagy owned up to the mistake after the game, admitting they didn’t run it enough. However, he did mention something interesting in the midst of his reply to the questions. He noted that one of the reasons they didn’t run the ball enough was several of the calls were made using the run-pass option. This is where Trubisky is given the discretion to either hand off in shotgun or pull it back to throw.

It’s true. There were a number of instances in the game where Trubisky probably should’ve handed the ball off and chose to throw instead. Often the results did not go well. This isn’t an isolated incident either. There were some moments in the playoff loss to Philadelphia where he could’ve called for a run but chose not too. This leads one to a difficult question. Should Nagy strip some of Trubisky’s freedoms when it comes to run-pas options?

Here’s the thing. Trubisky is a quarterback. Quarterbacks want the ball in their hands. That is just their natural instinct. They feel like they can be the ones to make the plays. It’s the biggest reason they play the position. So here’s the question. What is a quarterback more likely to do when they’re given the choice to pass or hand the ball off? The obvious answer is they’ll want to throw.

Now the run-pass option offense has definite perks. Especially for a QB like Trubisky. Its ability to freeze linebackers to create momentary windows is undeniable. An offense is free to hand it off, pull back to throw, or even have the quarterback take off and run. This is beneficial for the Bears since Trubisky is so mobile himself. That said, it only works when the defense actually respects the fact you might run it.

Clearly the Packers caught on to the fact that Trubisky was almost always pulling back to pass on the RPO calls and they were prepared for it. This paints a pretty clear picture for Nagy. He has a decision to make. If his young quarterback is unable to make the correct decisions in RPO situations, then perhaps it’s time to remove that freedom of choice.

There are plenty of things he can do well, but swiftly reading a situation is not one of them. Trubisky has trouble identifying what defenses are doing at the snap, which often leads to his late progressions during a play. This would help explain why he could be reluctant to hand the ball off. It’s possible he simply doesn’t trust his eyes when reading the defense’s reaction to the play.

Thus he reverts to where he’s most comfortable: keeping it himself. Now Matt Nagy is not at fault for wanting to give his quarterback more freedom at the line of scrimmage. That is how Trubisky will become better. That said, it might be in the best interests of the offense if the head coach called more plays that are designed runs with no built-in option. This way the Bears would be assured of more balance they clearly need to be successful.