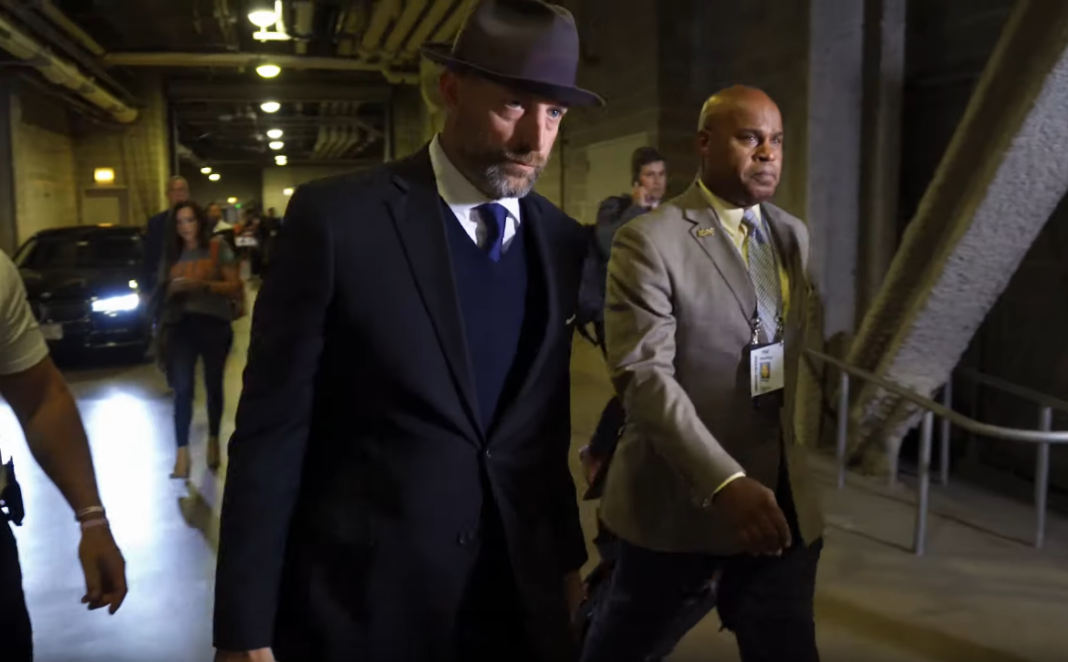 While most people remember the game itself, Matt Nagy turns a lot of heads before the opener against Green Bay when he donned a fedora on his way into Soldier Field. It was a fitting homage to Chicago Bears legend George Halas, who built the franchise into one of the league’s cornerstones. With it being the 100th anniversary of the NFL and the Super Bowl set to be played on Halas’ birthday, the message was a strong one from the head coach.

What people may not know is the incredible truth behind that decision. Most would assume that Nagy just went out and bought a nice fedora to earmark the occasion. As it turns out, the story runs far deeper than that. During a segment of “Coffee With Coach” with Lauren Screeden, they got to talking about the moment. It was here that the truth came up that it wasn’t just any fedora that Nagy was wearing that night.

It was Halas’ actual fedora. The same one he’d worn for so many years during his heyday as the Bears head coach back in the 1950s and ’60s.

“When the idea got brought up and I talked to George McCaskey about it, it happened to be in his office. He happened have Coach Halas’ fedora sitting there in his office and said, ‘Well why do you where that one right there?’ The deal was ‘What size head do you have?’ He said, ‘Coach Halas had a small head.’ I said ‘Well so do I.’ I put it on and it fit like a glove and we both said this is perfect.”

Matt Nagy got to do something nobody else has

People don’t understand what an honor that was for Nagy. No other head coach since Halas retired wore a fedora on the sideline, let alone his personal one. Getting a chance to do that was a once-in-a-lifetime experience for the second-year coach. It’s just unfortunate he wasn’t able to accompany that special moment with a victory. Then again, knowing Halas he would’ve laughed at the symbolism of it.

During his final year on the sidelines, his Bears played two games against the Packers in which the offense failed to carry their weight. The first game saw them score just 10 points and the second only 13. So in a weird way, the tip of the cap was rather fitting. Jokes aside, Halas also knew a thing or two about overcoming slow starts to a season. From 1960 to ’67, the final stretch of his coaching career, his teams lost the opener five times. Despite this, they finished with winning record three of those times.

Nagy has already done it once. There is no reason to think he can’t do it again. The upcoming game in Denver is going to be huge. Hopefully he’ll channel some of the Halas old school mentality by running the football.