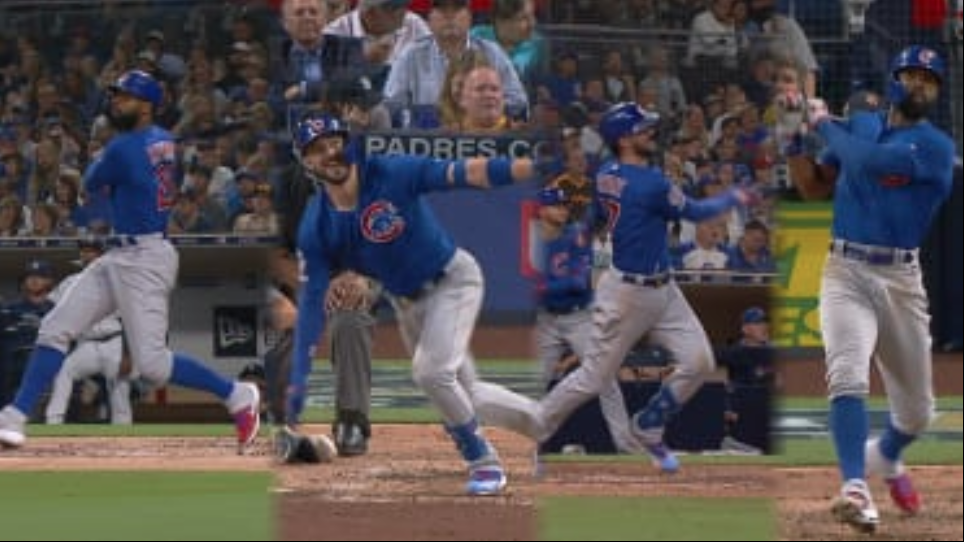 Hey, at least the good news is that Kris Bryant looked good coming back after getting a cortisone injection in his right knee. Oh and guess who’s really good again? Jason Heyward!

This is definitely why last night’s win felt that much more shitty. The Cubs went up 2-0 on Heyward’s 20th home run of the season.

Then a Ben Zobrist throwing error on what should have been an inning-ending double play led to the Padres scoring four more runs to take a 5-2 lead in the second.

But the Cubs kept fighting back. Down 6-2 in the fourth, Heyward scored on a sac-fly, ruled safe at home after a video review. Then, Kris Bryant hit a two-run homer to bring the Cubs within one run of the Padres in the fifth.

But Brandon Kintzler’s road struggles continued and he gave up two more runs in the seventh. It would have been a bad loss if it had just ended 8-5, but Bryant and Heyward weren’t going to let the Cubs die just yet.

Both of them homered in the eighth, tying the game at eight!

And then Steve Cishek couldn’t throw a strike.

It was the first time since 2013 that the Cubs lost a game when two players hit two home runs.

That was a 6-4 loss against the Dodgers. All four of those home runs were solo shots. Check out the names in that Cubs lineup.

So, hopefully Bryant’s knee stays OK for the final weeks of the season because the Cubs really need him and apparently hitting leadoff for this team makes you the worst hitter possible.

The Cubs rank last or near the bottom of the league in nearly every stat from the leadoff spot. But right now Ben Zobrist is in that position, so no more worries about Heyward slumping because he’s batting first every game.