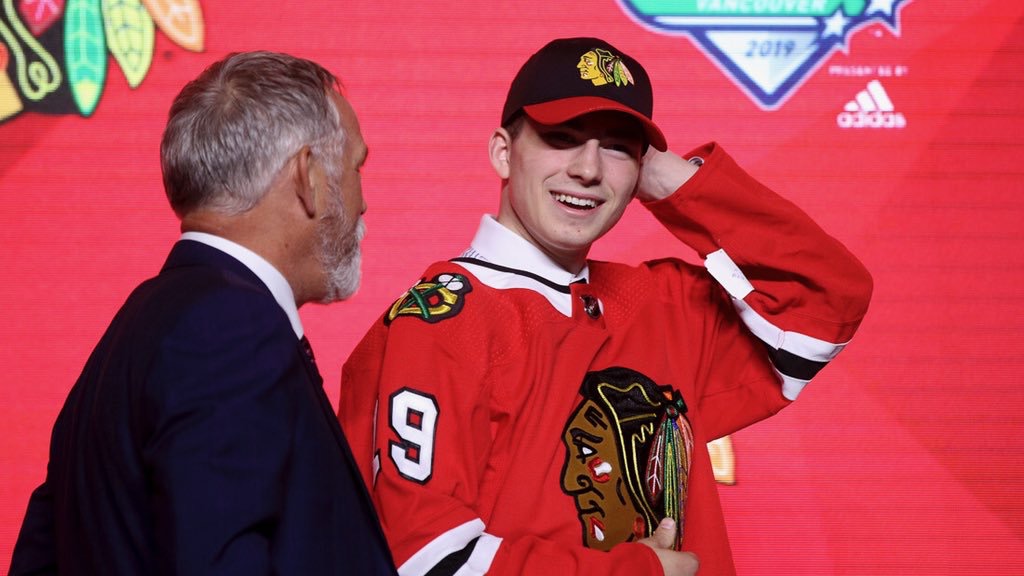 The Blackhawks’ 18-year-old prospect has yet to play this preseason because of a concussion.

2019 3rd overall pick Kirby Dach has been in concussion protocol since sustaining an injury on Sept. 10 during the Traverse City Prospect Tournament. Jeremy Colliton and the coaching staff have been unable to evaluate Dach so far this preseason, which has diminished his chance of making the Blackhawks opening night roster.

Dach has been skating by himself before practice since Friday, and on Wednesday afternoon he finally joined the Blackhawks for some drills.

When General Manager Stan Bowman addressed the media on Wednesday, he teased Blackhawks fans by stating that Kirby Dach will be traveling to Europe.

Unfortunately, Bowman followed this up by stating that it’s unlikely that Dach will play in either of the final two preseason games.

Bowman didn’t rule out that Dach could play in one of the Blackhawks first few games once he’s fully healthy. After seeing Dach dominate during development camp and the NHL Prospect Tournament, sending him back to Saskatoon for another year of juniors feels like a crime. Based off of Bowman’s words, it would not be surprising to see Dach suit up for the Blackhawks early on in the season.