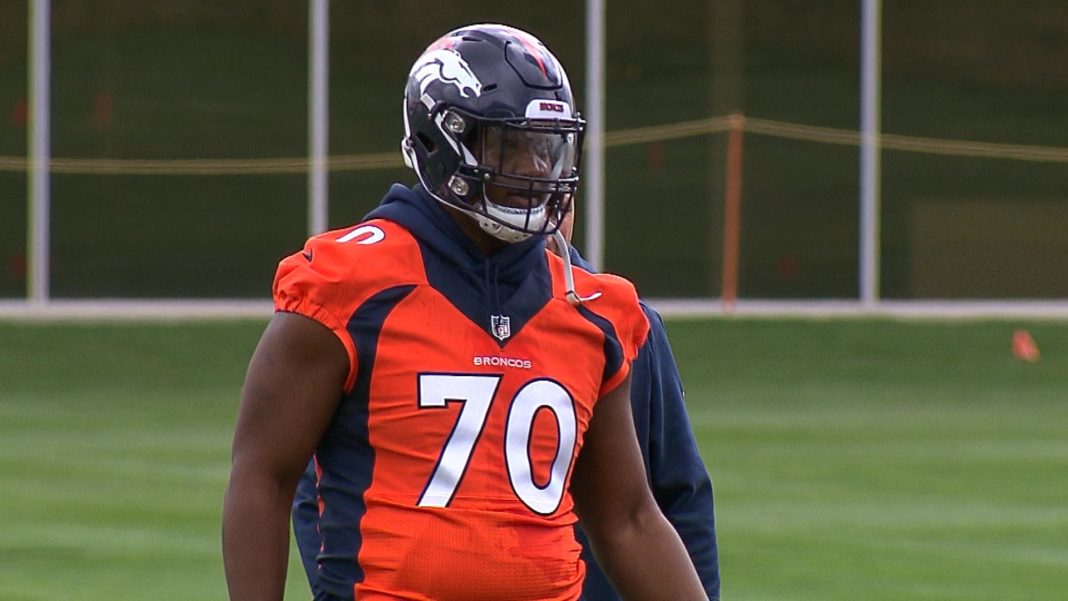 The Denver Broncos came into 2019 with significant questions to answer on offense. Specifically in regards to their offensive line. One of their solutions was free agent right tackle Ja’Wuan James whom they hoped would provide a little more stability in an area they had little last year. Unfortunately, those plans already might be ruined. The tackle left the first game of the season against the Oakland Raiders with a knee injury. It’s uncertain how severe it is but the early signs aren’t promising. Not the sort of news Bronco fans want to hear with Khalil Mack on deck.

If James is indeed out next week, the starting nod will go to backup Elijah Wilkinson. This isn’t exactly ideal. Wilkinson played most of last season at right guard for the Broncos. In just 336 pass blocking snaps, he allowed 26 pressures including four sacks on his quarterback. Throwing him out there against somebody like Mack is hardly the scenario Denver wants. Especially when history shows the Bears pass rusher loves playing at Mile High.

In four career games in that stadium, Mack has seven sacks. He had five in one game and two in another. So he’s proven he is fully capable of wrecking the Broncos. Even better? None of those Oakland Raiders defenses he played on were nearly as good as the one he’s part of now in Chicago. This has the potential to get really ugly if the Bears can accomplish a few key things first.

Khalil Mack may go off if the Bears stop the run

Right now the thing that separates Mack from pinning his ears back next Sunday is the Broncos ground game. Establishing the run is absolutely crucial to their entire offensive approach. Their quarterback Joe Flacco is at his best off play action. However, if he’s forced to drop back 40-45 times it likely isn’t going to end well. In 46 career games where he’s had to throw at least 40 passes, Flacco has 69 touchdowns and 59 interceptions and been sacked 105 times. He is 15-31 in those games.

Suffice to say the Bears want to make him throw. A quarterback who lacks mobility behind an offensive line with a leaky right tackle spot? That is as perfect of a setup as one could ask for. Chicago allowed just 47 rushing yards in the opener against Green Bay and had the #1 run defense in 2018. So they’d really have to be off their game for the Broncos to suddenly start gashing them on the ground. If they play the way they did on opening night though? It could get ugly for Denver.