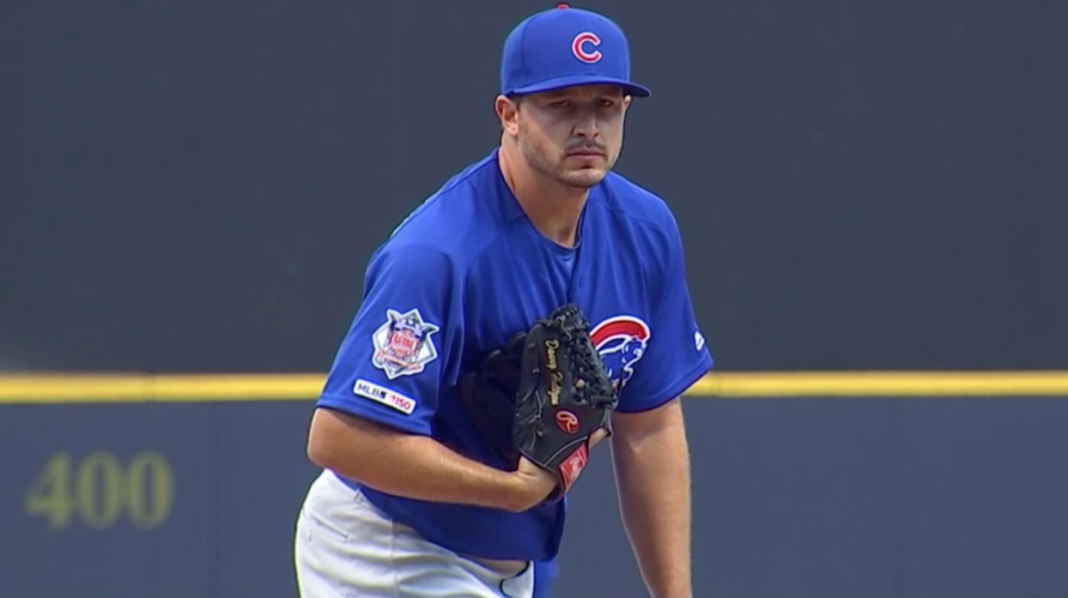 The Cubs beat the Brewers 10-5 last Thursday night and then scored eight combined runs in the next three games, losing the series in Milwaukee, while the Cardinals went up 4.5 games in the division. Oh and by the way, this weekend also included Kris Bryant needing another day off because of his injured knee and the Cubs found out Javier Báez has thumb fracture. Then, Addison Russell got beaned and is being evaluated for a concussion.

On Sunday, Jon Lester shit the bed, allowing five runs in the fourth inning after the Cubs jumped ahead to a 3-1 lead in the third. Lester pitched 5.1 innings and was charged with eight earned runs. The 8-5 loss on Sunday came after the Brewers walked off with a win in the ninth inning Saturday night.

The only good thing about the weekend was left-hander Danny Hultzen making his MLB debut with the Cubs. If you’re not familiar with Hultzen, he was the second overall pick in the 2011 draft by the Mariners. However, he had two major shoulder surgeries that forced him to miss all of 2014 and 2017.

The Cubs signed him in 2018, as Hultzen was still trying to comeback and after being very careful with his pitching load at Triple-A this year, the Cubs called him up this weekend and in his MLB debut on Sunday Hultzen struck out three batters.

Hultzen struck out 23 hitters in 14.1 innings with the Iowa Cubs at Triple-A in 2019, and allowed just two earned runs on four hits.

Just a great story for a guy who’s gone through a lot before finally making it to the show.