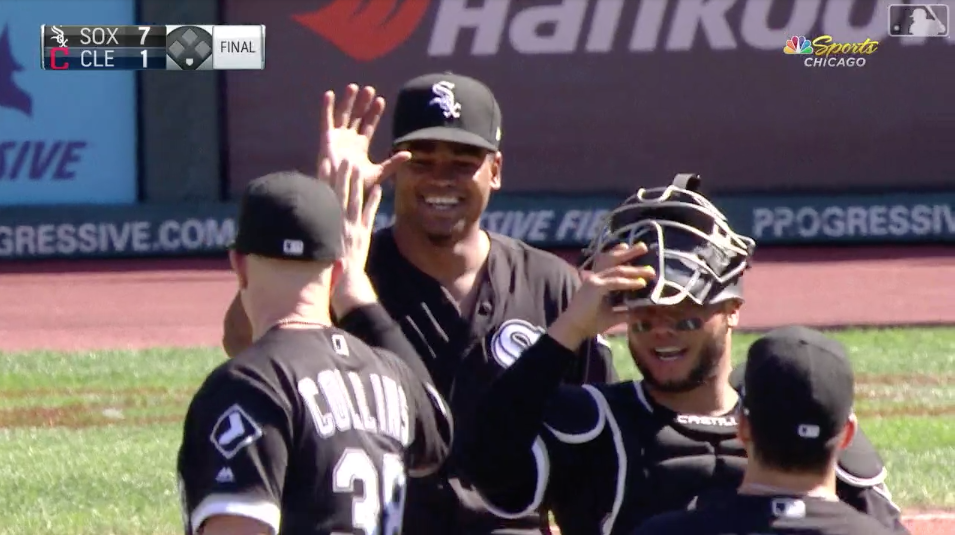 White Sox righty Reynaldo López was brilliant against the Indians on Thursday, when he pitched the best game of his young MLB career. It was his first complete-game in the majors and he was nearly unhittable in Cleveland.

López’s only mistake came in the second inning, when he walked Jake Bauers with two outs and then allowed an RBI-double to Kevin Plawecki. That was the only hit López surrendered, as he struck out 11 and walked three in his complete-game, one-hitter.

And here’s how close López was to a no-hitter, as Ryan Goins had a bad break on the hard-hit ball that ended up over his head in right field.

Tough break, but of course the pitcher wasn’t going to throw his teammate under the bus.

After issuing a two-out walk in the fourth inning, López retired the final 16 batters he faced in a row.

Incredible performance from the right-hander and what a way to come back after not being able to get past the first inning in his last start against the Braves.

Anyway, López had a great day, a lot better than the Raiders.