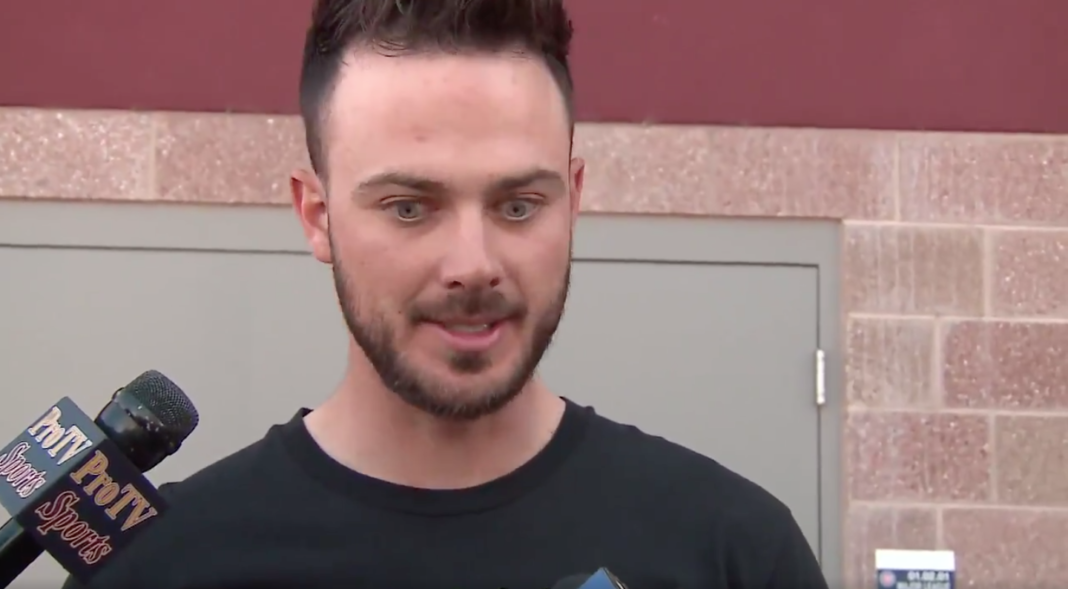 You know what, I was going to be a snarky asshole to start off, but let’s begin with something positive because there’s plenty of negatives surrounding the Cubs right now.

Kris Bryant missed his second game in a row on Monday, as he’s still trying to manage a nagging knee injury. He’s been playing through it since late July and his offense has declined ever since. On Monday, the Cubs began a four-game series against the Padres and news came out that Bryant received a cortisone injection in his right knee.

“Today [Monday] I woke up and it definitely is helping,” Bryant said of the shot. “I feel a lot better. … At some point you have to put your pride aside. I’m glad I did it because I think I may have finally found a solution to put this in the past.”

“I think what we did was right, in terms of getting a shot and making myself ready to go for the rest of the year,” he said. “I want to be out there 100 percent for the guys. And if I’m at 60-70 percent, that’s a complete disservice to everyone here and our fans. I want to do all I can to get it right.”

It’s pretty obvious the knee has affected Bryant’s performance at the plate, as the tall right-handed hitter has a .661 OPS since July 27. And he’s been stuck between a rock and a hard place. Obviously the competitive side in Bryant wants to be out there every game, but as he explained not being close to 100% has been hurting the team more than helping for the past six weeks.

Hopefully the cortisone shot works out at least through the end of this season.

OK, now I’ll be an asshole. Can somebody please teach Kris Bryant how to slide? Last year he fucked up his shoulder on a head-first slide that derailed his season on offense and apparently he can’t slide into second base without getting hurt either.

No, but seriously. The Cubs need a healthy Bryant if they have any hopes of coming close to being competitive in the postseason…if they get there.