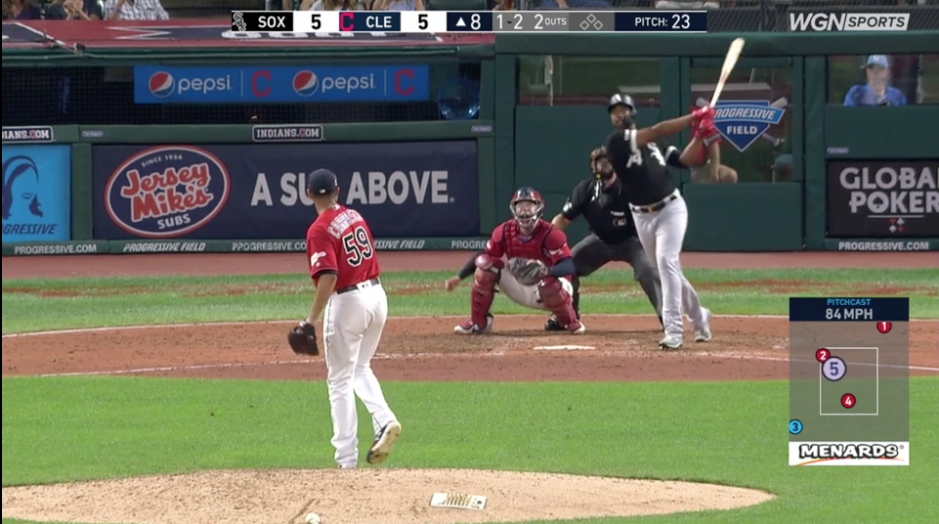 White Sox rookie Eloy Jiménez entered Tuesday night’s game in Cleveland slumping on the power side. His last 13 hits in the past two weeks were all singles, but he snapped out of his funk tonight.

He doubled home Yoan Moncada in the second inning, tied the game again in the seventh with a solo blast and then gave the White Sox a 6-5 lead in the eighth with his second home run of the game.

Eloy’s go-ahead homer came after James McCann tied the game at five with a three-run bomb of his own.

He now has 24 home runs in his rookie season.

Eloy is primed to become one of the best sluggers in the game. Just gotta hope he develops the rest of his game.