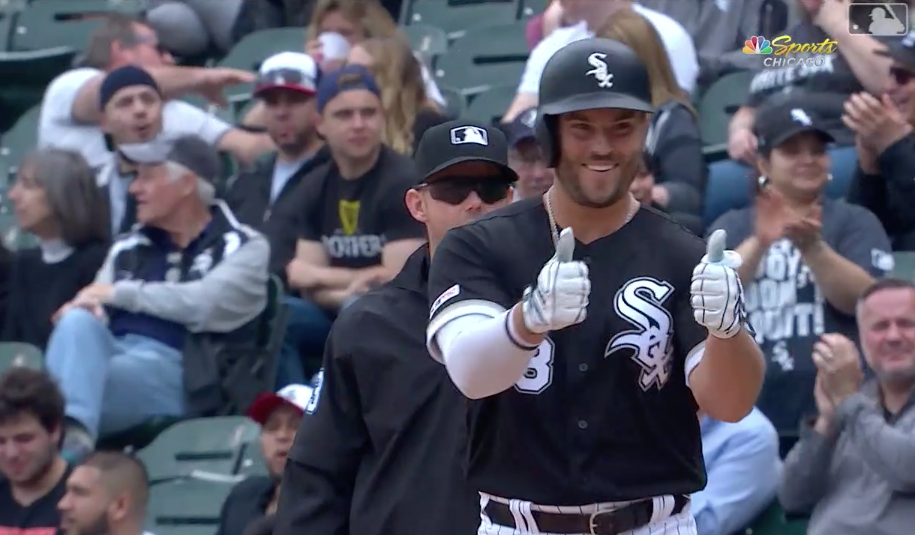 Daniel Palka has 60 plate appearances with the White Sox in 2019. He’s walked six times and here’s the only hit the left-handed batter has had this season in 53 at-bats.

That 1-for-53 is good for a .019 batting average and let’s just say Palka is on his way to setting an all-time MLB record, but obviously not in a good way.

If Palka finishes the year with only one hit in more than 64 at-bats, then he’ll break the record.

But Palka has only been around for 19 games so far in 2019 and the White Sox have much bigger problems. In a season where teams are smashing home run records, the White Sox outfield is producing some embarrassing power numbers.

Of course, that’s everyone but rookie Eloy Jimenez. The huge right-handed slugger has 24 home runs this season and that’s even after missing two big chunks of the year because of injuries. Besides him, every other White Sox outfielder in 2019 has combined for 15 home runs.

So, the entire 2019 White Sox outfield has combined to hit 39 home runs coming into play today.

As you can imagine, White Sox right fielders have the lowest combined OPS in MLB at .546. The next lowest is .647 from the Blue Jays.

Overall, only the Royals have fewer home runs from their entire outfielders than the White Sox, with Kansas City combing for 33. The White Sox are tied with the Marlins and Tigers for the second fewest at 39.

Luis Robert will be up in 2020. You feel good with Eloy in left, but holy shit, find a right fielder, Rick Hahn.