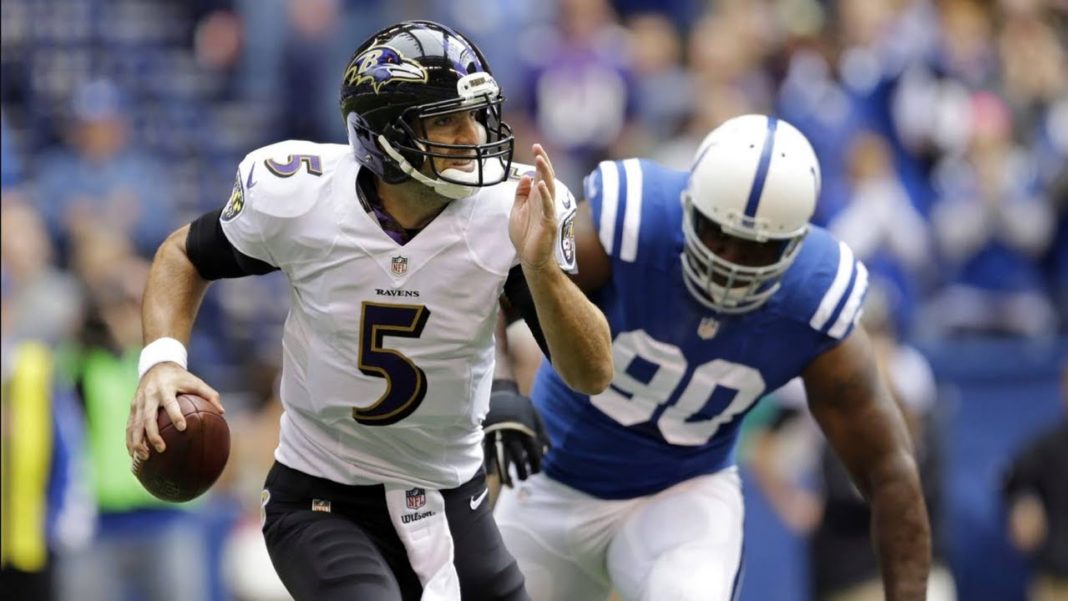 All week the questions are sure to fly. What will the Chicago Bears do to deal with Vic Fangio? This is the man who was their defensive coordinator for the past four years. He knows their personnel inside and out. He’ll almost certainly have a crafty gameplan in mind to frustrate Mitch Trubisky. Everything hinges on what Fangio will do. Well if that’s true, then people should be saying the same thing about Chuck Pagano.

Fangio’s replacement as Bears defensive coordinator got off to an outstanding start in Week 1. His defense gave up just 10 points to Aaron Rodgers and the Packers while sacking the quarterback five times. It’s a welcome sign that the unit is in good hands. What nobody is talking about is how Pagano is in the same exact situation as Fangio is. That of going against a quarterback he knows intimately from years past. That being Broncos starter Joe Flacco.

Pagano was together with Flacco for four seasons from 2008 to 2011 with the Baltimore Ravens. He was first the defensive backs coach before being promoted to defensive coordinator. So he saw Flacco up close in practice several days a week. It’s reasonable to assume he has an intimate understanding of what makes the veteran tick and how to frustrate him.

It didn’t end there though. When Pagano became a head coach himself in 2012, he wound up facing off with Flacco three times between that season and 2017. In those games, the Ravens QB got the best of him two out of three times with wins in ’12 and ’17. However, most of the time he was aided by a dominant ground attack. Not to mention having a superior offensive line going against an average defensive front.

There was one time where Pagano had the pieces in place to match up. The results were telling. In 2014, the Colts held Flacco to just 235 yards and an interception. They also sacked him four times. This despite the Ravens having a tremendous offensive line that featured Pro Bowlers like Marshal Yanda and Kelechi Osemele. Pagano still got home with guys like Bjoern Werner, Corey Redding, and Sergio Brown.

Now stop for a moment and wonder what might happen when those three are replaced by Khalil Mack, Akiem Hicks, and Leonard Floyd.

Not only that, but Flacco isn’t enjoying the same talent up front in Denver he had with Baltimore. The Broncos already lost starting right tackle Ja’Wuan James to a knee injury in the opener against Oakland. That’s a big loss for a unit that wasn’t exactly swimming in talent to begin with. They let Flacco get sacked three times. This by a Raiders defense that had 13 total last season.

Pagano knows that if he can stop the run, then getting to Flacco won’t be too hard. Chicago has advantages in almost every department. Something he never enjoyed in Indianapolis. People talk about Trubisky having another rough week. They should watch his counterpart more closely.