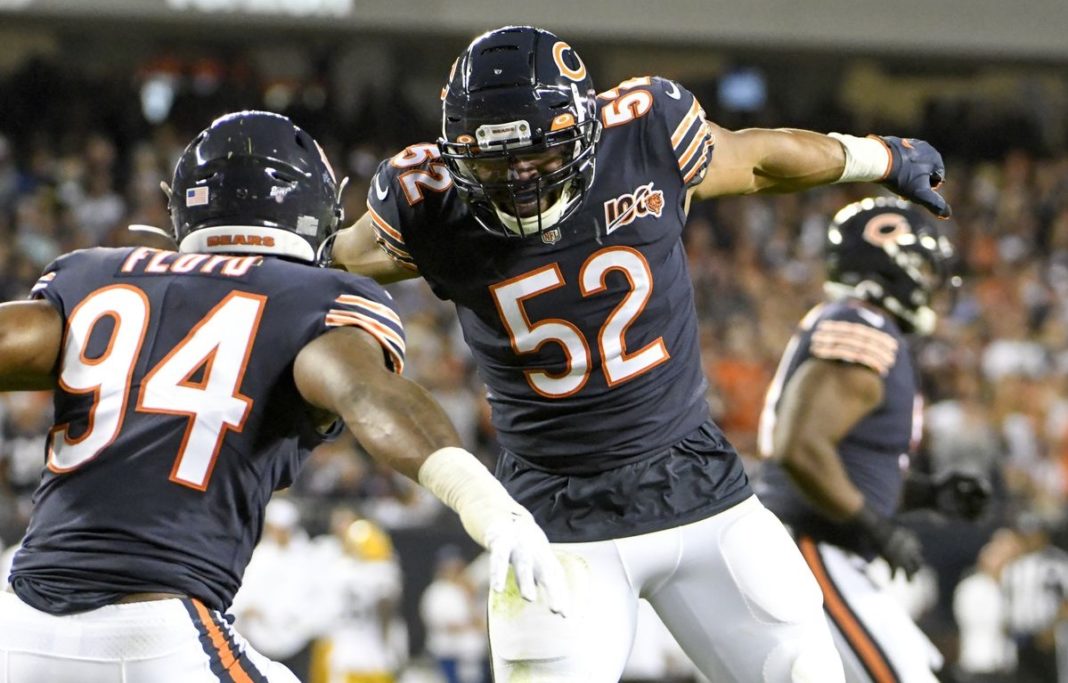 The Chicago Bears defense had a great start to the 2019 season. They allowed just 10 points against the Green Bay Packers. Better still they sacked Aaron Rodgers five times, tying for the highest number any Bears defense has managed against the future Hall of Famer. Considering this often came at the expense of a pretty good Packers offensive line that included All-Pro left tackle David Bakhtiari? Yeah, there are reasons to think this unit is picking up right where it left off last year.

The scary part is it could get so much worse in Week 2. Chicago will travel up to Denver to take on the Broncos. Both teams seeking their first victory of the season. Where it gets really interesting is the situation Denver has along their offensive line. They allowed three sacks of Joe Flacco in the opener against Oakland. Not only that, but they also lost starting right tackle Ja’Wuan James to a knee injury.

Now that front will be thrown against a Bears group that includes Khalil Mack, Akiem Hicks, Leonard Floyd, and Roy Robertson-Harris? It’s hard not to think that it could end up being a long day for Flacco, who isn’t exactly known for his mobility. The last time he saw this defense was in 2017. He was sacked three times and threw two interceptions. That defense didn’t have Mack. Nor the more aggressive-minded Chuck Pagano running the show.

This could explain why former Bears defensive end Alex Brown didn’t hold back in his prediction for what the defense would do on Sunday. The best way to describe it in one word?

Since the start of the offseason, several members of the defense came right out and said their goal is to be every bit as good or even better than the iconic 1985 defense. One of the calling cards of that all-time unit was sacks. They had 64 that season alone. Eight fewer than they’d had the previous year. However, they didn’t do it with any one epic performance. The most sacks the ’85 team had in a game that year was against San Francisco where they dropped Joe Montana seven times.

So if what Brown says does come true, it would be at least one accomplishment this defense could hold over their predecessors. Whether they can actually do it is hard to say though. Despite appearances, Flacco isn’t entirely easy to sack. The most he’s ever gone down in a game is five times. Denver will almost certainly try to protect him by running the football and executing a quick passing game to get the ball out of his hands. Combined with the altitude and projected temperatures in the 90s?

This could easily end up being a repeat of the Miami game last year. Brock Osweiler wasn’t sacked in that game once. So while 10 sacks is a great goal to have in mind, they need to focus more on getting stops. That means tackling well and not giving up big plays.