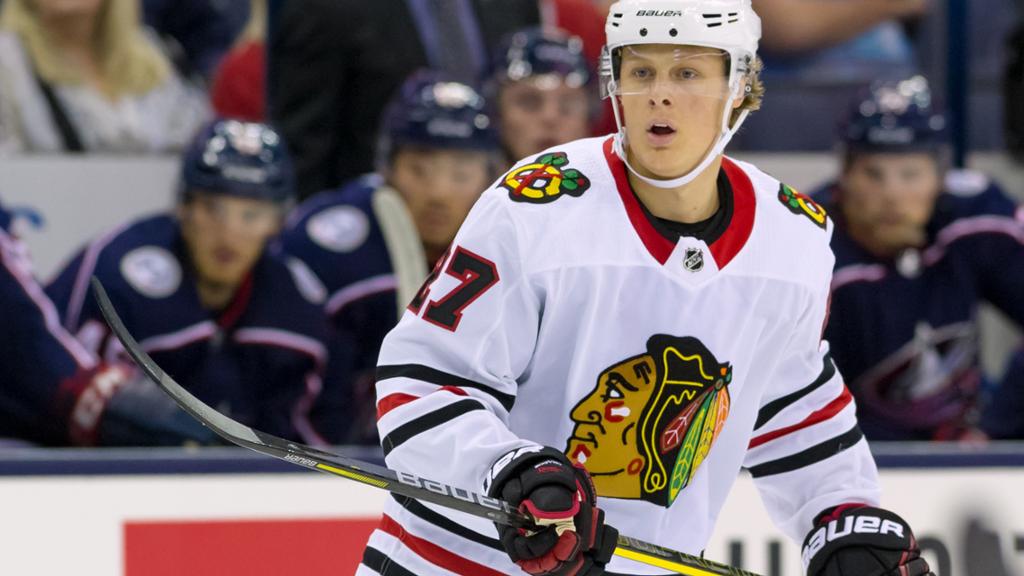 Both players performed well in training camp, but the Blackhawks merely ran out of room on their roster.

After an embarrassing 6-0 loss to the Washington Capitals on Wednesday night, the Chicago Blackhawks assigned Adam Boqvist and Aleksi Saarela to the Rockford IceHogs of the American Hockey League. The move didn’t come as a much of surprise, as both players practiced with the AHL group when the team split into two last Thursday.

Even though 2018 8th overall pick Adam Boqvist certainly left a lasting impression this preseason, he still has a long way to go defensively. The young Swedish defenseman will surely benefit from beginning the season in a defensive-minded league like the AHL. It will also ease Boqvist into the lifestyle of a professional hockey player.

There are little doubts about Boqvist’s offensive upside, as he displayed his ludicrous skill set for a defenseman on several occasions. Should the Blackhawks face injury problems on the backend at any point throughout the season, he’ll be available for a call-up. One thing to keep in mind though is if Boqvist plays in 10 NHL games this season, then the first year of his entry-level contract will be burned.

Like Boqvist, 22-year-old winger Aleksi Saarela also turned in a strong preseason. The 2015 third-round pick was unhappy that he didn’t receive an NHL shot in Carolina, and now the Blackhawks are sending him right back to the minors. It’s an interesting decision by the front office, especially after Saarela scored 30 goals for the Calder-Cup Champion Charlotte Checkers last season.

It appears that the Blackhawks will give Anton Wedin their final forward roster spot, but the lineup is subject to change every night. The Blackhawks have a bunch of forwards right on the cusp of playing in the NHL, and Saarela is one of them. He’ll be right in the mix for the first call-up of the season.

The Blackhawks will head to Europe tomorrow as their next preseason game is in Berlin on Sept. 29. They open the regular season vs. the Flyers in Prague, Czech Republic on Oct. 4. The Blackhawks will bring 16 forwards, nine defensemen, and three goaltenders as the roster as been cut down to 28 players.