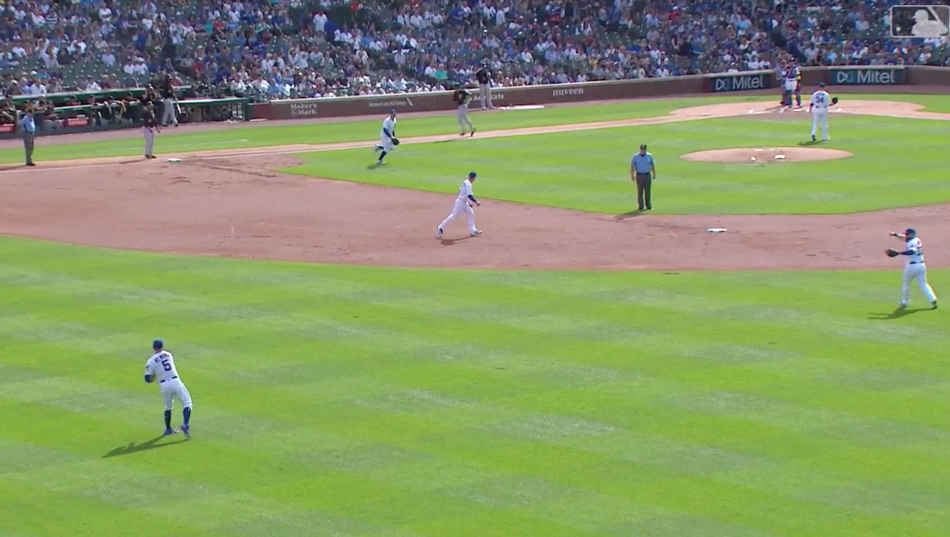 Can’t hit, can’t run and we’ve seen signs of it all year, but now Albert Almora Jr. can’ really play good defense either.

It took just two batters for the Cubs to embarrass themselves on Friday against the Pirates. Jon Lester gave up a leadoff single and then he walked the second batter of the inning. On ball four Willson Contreras threw to second base, as the runner from first was running.

The throw went into center field and what was already a bad start turned into an embarrassing one thanks to Almora.

Almora almost threw another ball away after getting the first out of the inning too.

Jon Lester, the best free agent signing in Cubs history. You’ve been awesome. Thanks for everything, but he’s done. Every single start he’s whining about pitches half a foot outside the plate that are obvious balls. He keeps walking guys and has been fortunate his season hasn’t been worse.

He walked two in the first inning and even after getting two strikes on Pirates hitters he was getting hit hard. The Pirates scored four runs in the first.

Solid way to start a 10-game home stand when you’re battling for a playoff spot.

Wind’s blowing out. Hopefully the offense can come through today.