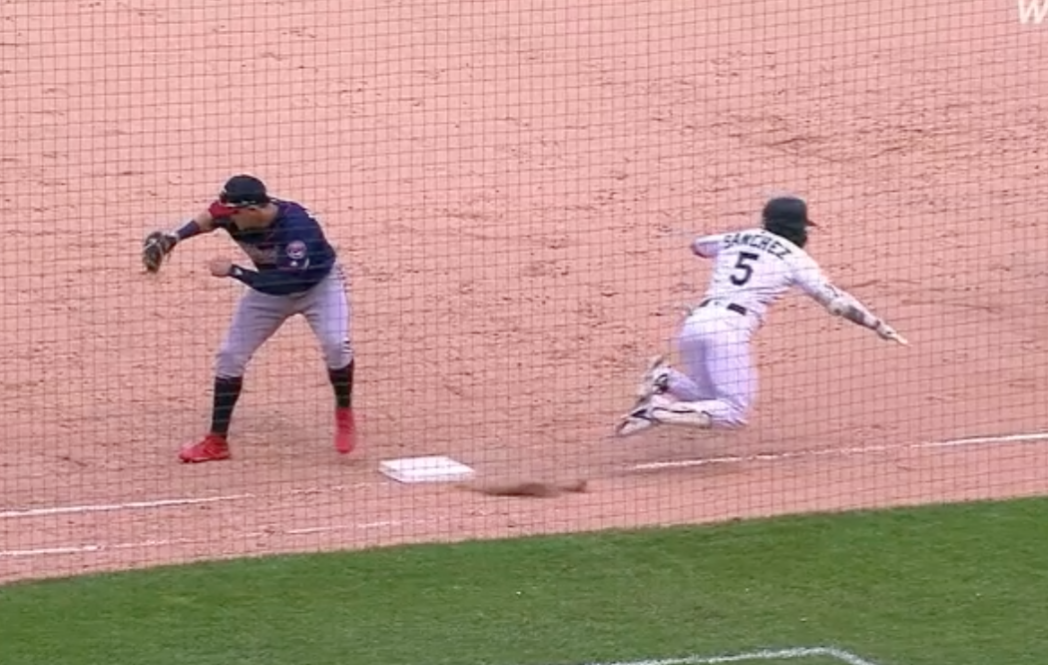 White Sox third baseman Yoan Moncada is still with the Charlotte Knights on a rehab assignment and with him in their lineup it kind of looks better than the starting nine Rick Renteria is sending out Monday night against the Twins.

For some reason Jon Jay is batting cleanup. Ricky sure does love putting the worst option fourth. The White Sox lineup also includes Matt Skole and his .570 OPS as the DH.

The only clear advantage is Tim Anderson at shortstop for the White Sox.

The good news is that Moncada should be back with Chicago soon and that should mean Ryan Goins moving over to second base and Yolmer Sanchez finally be benched.

And hopefully Collins gets called up soon too because even if he’s not going to get as much time at catcher he should be getting Skole’s plate appearances.

And yeah, Robert should definitely be up by now too. But don’t complain about any of the moves the White Sox aren’t making because Rick Hahn will only be more upset.