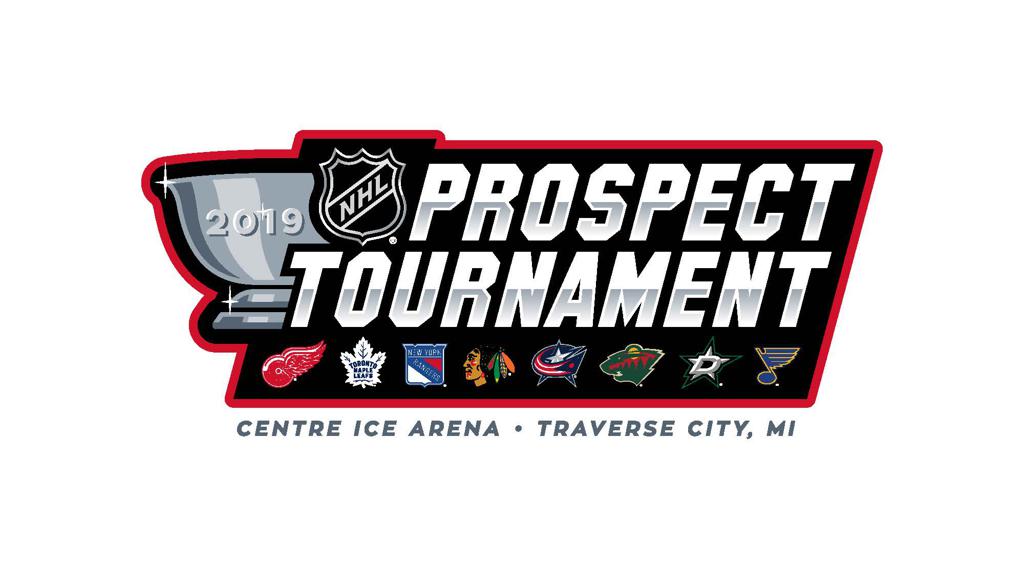 Taking a look at the Blackhawks’ Traverse City roster, there are a couple of names that stand out. 2019 3rd overall pick Kirby Dach looks to build off of a very successful development camp. Dach looked like he didn’t belong on the same ice as most of the other ‘Hawks prospects, and hopefully the same can be said in Traverse City. His next step in making the Blackhawks’ opening night roster is to dominate the prospect tournament.

Adam Boqvist and Nicolas Beaudin, both first-round picks in 2018, are the standout defensemen on this years’ roster. Beaudin announced that he would be turning pro back in May, and Boqvist is expected to make the same decision. Both players are known for their offensive ability from the backend, and it will be interesting to see how they fare in the defensive zone next week. Beaudin will more than likely start the year in Rockford, but Boqvist still has a chance to make the Blackhawks’ opening night roster. He’ll look to leave a lasting impression on Stan Bowman and the front office. Both players were also apart of the Traverse City roster last season.

Here’s a look at the complete roster for the 2019 Traverse City tournament.

The Blackhawks will be bringing 14 forwards to Traverse City, Michigan next week. Some names that jump out (besides Kirby Dach) are MacKenzie Entwistle, Brandon Hagel, Philipp Kurashev, and Michal Teply.

6-foot-4, 181-pound forward MacKenzie Entwistle will make his second trip to Traverse City with the Blackhawks. Entwistle is coming off of his best year of juniors with 57 points in 57 games between two OHL teams. The former third-round pick of the Arizona Coyotes looked well-rounded at Blackhawks’ development camp in July, and he’ll look to build off that heading into his first professional season.

21-year-old Brandon Hagel will be making his first appearance in the Traverse City tournament next week. Hagel is one of the “sleeper” prospects in the Blackhawks’ pipeline, as he was extremely noticeable during development camp. The left-handed winger spent the last four seasons in the WHL playing for the Red Deer Rebels and is coming off quite an impressive season. In 66 games last season, Hagel tallied 41 goals and 61 assists for 102 points. He was playing against a bunch of younger kids, but it’s impressive nonetheless. Fellow Blackhawks’ prospect Reese Johnson was a teammate of Hagel’s last season, and he only recorded 53 points in 67 games.

Philipp Kurashev will be part of the Blackhawks’ Traverse City roster for the second consecutive season. The 20-year-old Switzerland native is coming off one hell of a year as he performed very well at the under-20 World Juniors. Kurashev led the tournament in goals with six and recorded seven points in as many games. In his third year with the Quebec Remparts of the QMJHL, Kurashev had his best offensive season with 65 points (29G, 36A) in 59 games. It was his second season averaging over a point-per-game for the Remparts. Kurashev looks to have another strong showing going into his first professional season.

Blackhawks’ 2019 fourth-round pick Michal Teply is the youngest player on the Traverse City roster. The 6-foot-3, 192-pound winger performed well on multiple occasions for the Czech Republic last season, even when he was playing for the U19 and U20 teams. Teply tallied 29 points (9G, 20A) in 25 international games for the Czech Republic U18 team and also had four points in six games with the U20 team. Teply, born in 2001 (!!), was impressive for an 18-year-old at development camp. He’ll play his first season of junior hockey with the Winnipeg Ice of the WHL this year.

2016 second-round pick Chad Krys is on the Blackhawk’s Traverse City roster for the first time. Krys played the last three seasons for college-hockey powerhouse Boston University. The left-handed defenseman performed well in his three years with BU, recording 58 points (20G, 38A) in 105 games. Krys spent the final part of the year with the Rockford IceHogs, picking up four assists in nine games. He’ll likely be back with the IceHogs to start the year for his first full professional season.

Dennis Gilbert will be making his second trip to the Traverse City tournament this year. The 22-year-old defenseman spent his first professional season mostly with the Rockford IceHogs in 2018-19. Gilbert did make his NHL debut for the Blackhawks, but he was immediately sent back down after just one game. Gilbert recorded just 14 points (5G,9A) in 63 games for the IceHogs, but he was impressive on the defensive end (hence the late-season call-up). The 6-foot-2, 200-pound defenseman was never much of an offensive threat during his three seasons at Notre Dame, and that’s okay. The Blackhawks have enough offensive-minded defenseman prospects, so it doesn’t hurt that Gilbert is more of a defensive defenseman.

The only standout goaltender on the Blackhawks’ Traverse City roster is 19-year-old Alexis Gravel. The German-born netminder played his second season for the Halifax Moosehead of the QMJHL last year and performed magnificently. Gravel played in 49 games for the Mooseheads and posted a 2.49 GAA with a .913 Sv%. In 23 playoff games, the 2018 sixth-round pick was just as spectacular (2.73 GAA, .917 Sv%) and was a huge reason why Halifax made it to the Memorial Cup. There’s no rush for Alexis Gravel to turn pro with all the goaltenders currently in the system. He’ll be with Halifax once again this season and will look to hone his craft, as he doesn’t turn 20 until March.

Overall, the Blackhawks have a solid roster heading into the Traverse City prospect tournament. They have the talent to take home their second Matthew Wuest Memorial Cup in three years. The other seven teams competing in the tournament are the Columbus Blue Jackets, Dallas Stars, Detroit Red Wings, Minnesota Wild, New York Rangers, St. Louis Blues, and Toronto Maple Leafs. The Blackhawks also invited five players to the tournament that are not in the organization. The four forwards are Isaac Nurse, Luke Bignell, Riley McKay, and Shawn Element. The one goaltender invited is 18-year-old Nico Daws from the Guelph Storm of the OHL. The tournament starts in just one week and all information about the tournament can be found at https://www.traversecity.com/event-detail/national-hockey-league-prospect-tournament/7186/.