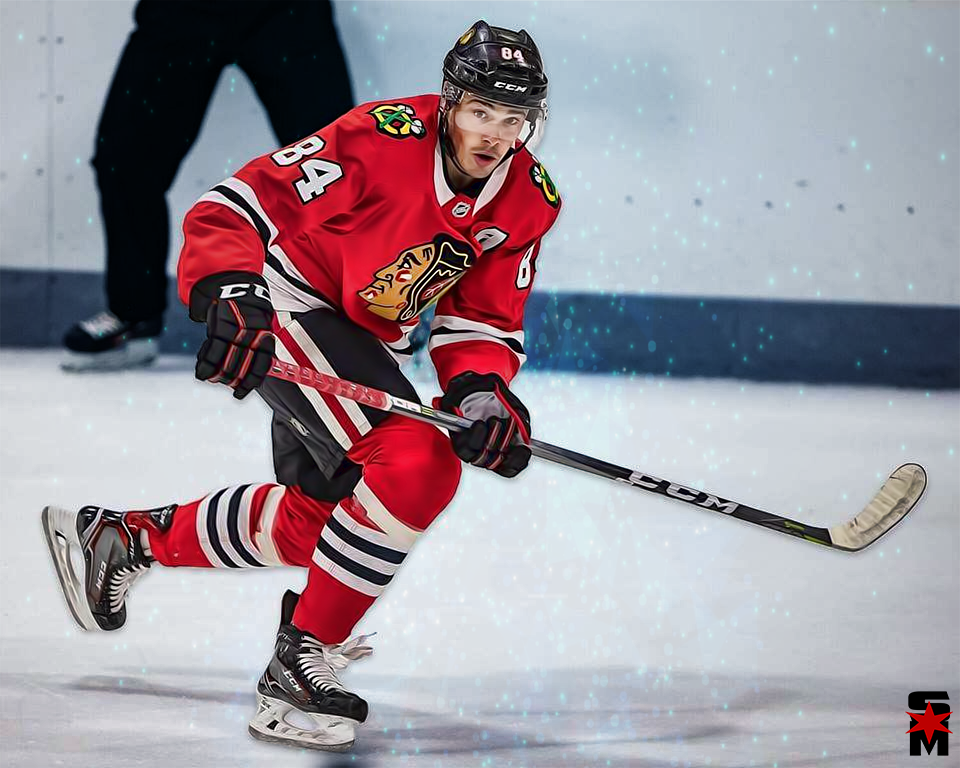 Fortin played 24 games with the Blackhawks in the first half of last season before spending the remainder of the year in Rockford.

With the Chicago Blackhawks currently having a lot of hype surrounding their prospect pool, it’s easy to forget a player like Alexandre Fortin. After being dubbed the “breakout star” at Blackhawks development camp way back in 2016, Fortin has failed to make much noise in Rockford the last two seasons. He’s tallied just ten goals and 23 assists in 100 games for the IceHogs. The Blainville, Quebec native got his shot in the NHL early on last season, but he struggled to find consistency. Fortin displayed incredible speed for his large frame, but he was unable to put all the pieces together.

Once Fortin was recalled to Rockford, he failed to impress the organization enough to send him back to Chicago. He scored six goals and recorded just six assists in 47 games. While the AHL is more of a low-scoring league than the NHL, those are beyond sub-par numbers. Fortin was 12th in points for the IceHogs, behind defensemen Joni Tuulola and Dennis Gilbert. Two guys that aren’t necessarily known for their offensive ability on the backend. It was disappointing to see Alexandre Fortin have such a regressive season, but it may be too early to write him off completely.

While watching Fortin with the Blackhawks last season, it was easy to notice that his hands couldn’t catch up to his feet. It was almost as if he was too fast for his own good. Puck control and stickhandling should be Fortin’s biggest focuses this offseason. If Fortin’s able to improve in those two aspects, then he has a chance to be a difference-maker due to his speed. Fortin had quite a few breakaway opportunities during his short stint with the Blackhawks, including his first NHL goal.

Fortin demonstrated that he could create separation frequently due to his skating ability. The problem was that the rest of his game wasn’t well rounded. Fortin struggled to generate chances off of the cycle, but he was mostly playing with the fourth line. Looking at Fortin’s career statistics though, he’s never been an offensive specialist. Even in his last season with the Rouyn-Noranda Huskies of the QMJHL, he averaged just a point-per-game. 52 points in 52 games isn’t bad by any means, but a 19/20-year-old playing with 16-year-olds should probably produce more. Alexandre Fortin will likely never be a consistent point producer for the Chicago Blackhawks.

With just one year remaining on Fortin’s current contract, this is probably a make-or-break season for him. While he’s just 22 years old, this is his third season in the Blackhawks organization. Fortin will more than likely begin the season in Rockford, and if he struggles to produce there once again, it’s doubtful that the Blackhawks re-sign him. Fortin could be replaceable with all the prospects currently in the Blackhawks’ system. It will be interesting to see how Alexandre Fortin fares in his third season of professional hockey.