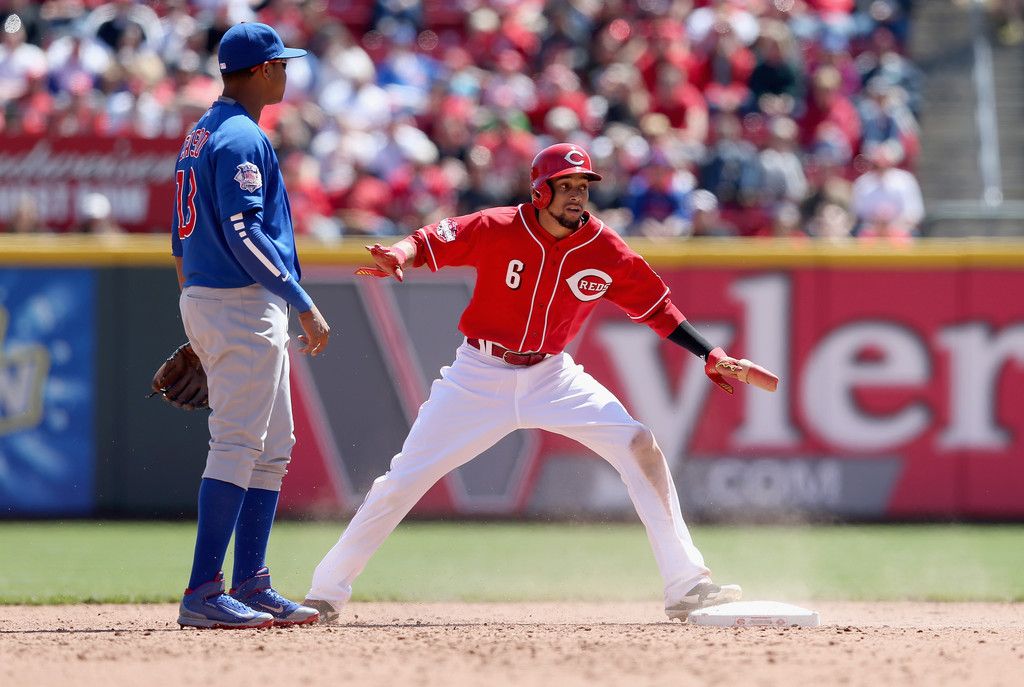 As shitty as the Cubs have played on the road since May and especially the disaster that’s been this week they’re still in a playoff race. They need as much help as possible and that includes upgrading the roster anywhere they can. What’s one thing they lack for the stretch run? A fast guy who can come off the bench to steal a base or two and play good defense in the outfield.

Guess who may be available soon? Billy Hamilton!

The Royals DFA’d Hamilton on Friday and before he officially becomes a free agent he has to pass through waivers. That will most likely happen and then he’ll have his choice of where to sign.

The Cubs just sent Albert Almora Jr. back down to Triple-A, so maybe the Cubs could entice Hamilton with a guaranteed role of being the fourth outfielder. Hamilton’s offense has declined, so no one’s actually going to sign him to become a starter.

Pure definition of a bench guy who shouldn’t start unless there’s some emergency, but Hamilton still serves a purpose with a team in playoff contention. Right now the Cubs have Tony Kemp and Ian Happ as the other backups in the outfield, but neither can steal bases like Hamilton and he’d be the best center field option late in games if acquired.

But the Cubs are going to have plenty of competition if and when Hamilton becomes a free agent after the waiver process. We’ll see and if the Cubs do get him hopefully it actually matters in September.