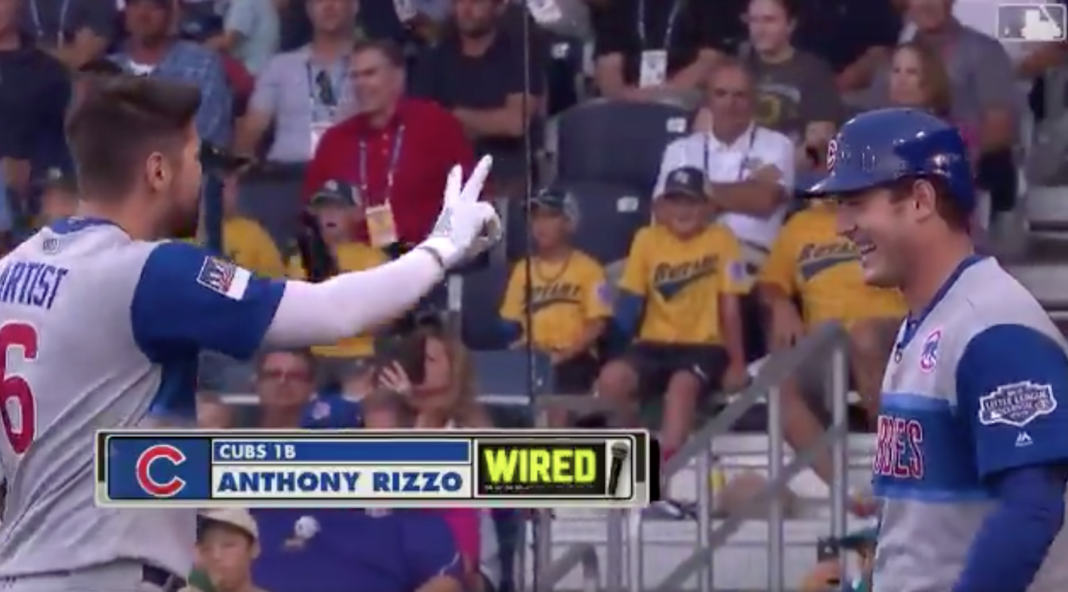 Anthony Rizzo has already provided us with some awesome moments while he or someone else on the Cubs has been mic’d up during a game.

He even made us forget about how awful of an umpire Angel Hernandez is.

And during Sunday night’s Little League Classic against the Pirates, Rizzo proved once again that he should be mic’d up for every single Cubs game.

Trolling the new guy and the never-ending is a hot dog a sandwich debate.

Oh, by the way, that Japanese shortstop Rizzo was praising in the first video ended up with Rizzo’s home run ball from Sunday.