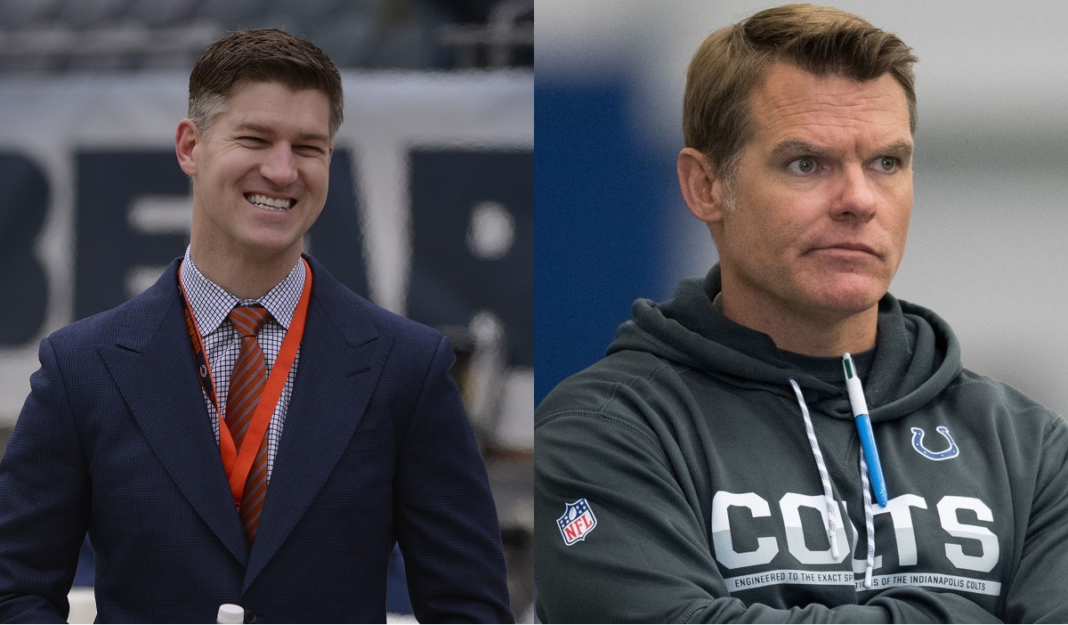 On the surface, it is the most unusual rivalry in the NFL. Ryan Pace vs Chris Ballard? One works in the NFC. The other in the AFC. They came from different teams to get their respective jobs. Pace is eight years younger than Ballard. So how in the world is it that they’ve been connected like this? Well, it all started back in January of 2015.

Phil Emery had just been fired as GM of the Chicago Bears after three rough seasons in which he took a 10-6 team to 5-11 and one of the biggest laughing stocks in the NFL. Team chairman George McCaskey wanted a fresh start and needed somebody with the vision and credentials to pull it off. After an extensive search process aided by former GM Ernie Accorsi, it came down to two choices.

The first and most popular in the eyes of many was Ballard. He was the Director of Player Personnel for the Kansas City Chiefs. More importantly? He’d been a scout for the Bears for several years from 2001 to 2012. It seemed like a slam dunk that McCaskey would bring back a familiar face to save the organization.

There were two problems with that. One was the fact that Emery had been a former Bears scout as well and they just saw how that went. The other was Pace, who by all accounts delivered a strong and detailed interview that left the team brass impressed. In the end, McCaskey went with his gut and made Pace the next GM of the Bears.

Ryan Pace vs Chris Ballard was born that day

Intended or otherwise, the rivalry began that day. Several fans and media were stunned by the decision. A few were even insulted. In their minds, it was a layup decision and the Bears still somehow managed to airball it. Ballard finally got his own opportunity two years later when the Indianapolis Colts made him their next GM. Since then the two teams have been on remarkably similar courses, each hiring new head coaches in 2018 and making the playoffs that same year.

Both men soon went head-to-head for Executive of the Year honors. Ballard won the NFL’s version but Pace received the more prestigious Sporting News version. Since then the arguments have continued to rage over who is better. So it’s time to take a stab at answering that question. The following is a comparison of the 2017 and 2018 offseasons of work done by Ballard and Pace. Obviously, 2019 will be held out because none of the moves can yet be assessed.

Each move made in the draft, free agency and the trade market will be given a note. Either it was a HIT or a MISS. Determinations of what constitutes either will be explained below. After the data is compiled, the numbers will be crunched to determine who had a higher hit rate with their moves.

Determining successful draft picks isn’t too difficult. Did the pick end up becoming a starter for the team? If the answer is yes, then in the context of this piece it can be considered a hit.

Noting which free agents are a HIT or a MISS is a bit more difficult because most are slotted in as starters because of the contracts they signed. They’re not earned like is the case with draft picks. So in order to make a determination, they will be judged on whether they made meaningful contributions as starters. Were they standouts or did they flounder or get injured?

The data shows that both GMs have been close in terms of hitting on a similar number of players. A testament to their obvious skill. However, where Pace managed to pull away in this battle was scoring more contributors for his team amidst fewer total players acquired. Three more hits despite eight fewer moves.

A lot of people may not accept these findings for one reason or another, but it was judged under as fair of circumstances as possible. Take them for what you will. If nothing else, the rivalry will make it that much more fun to watch these two work.