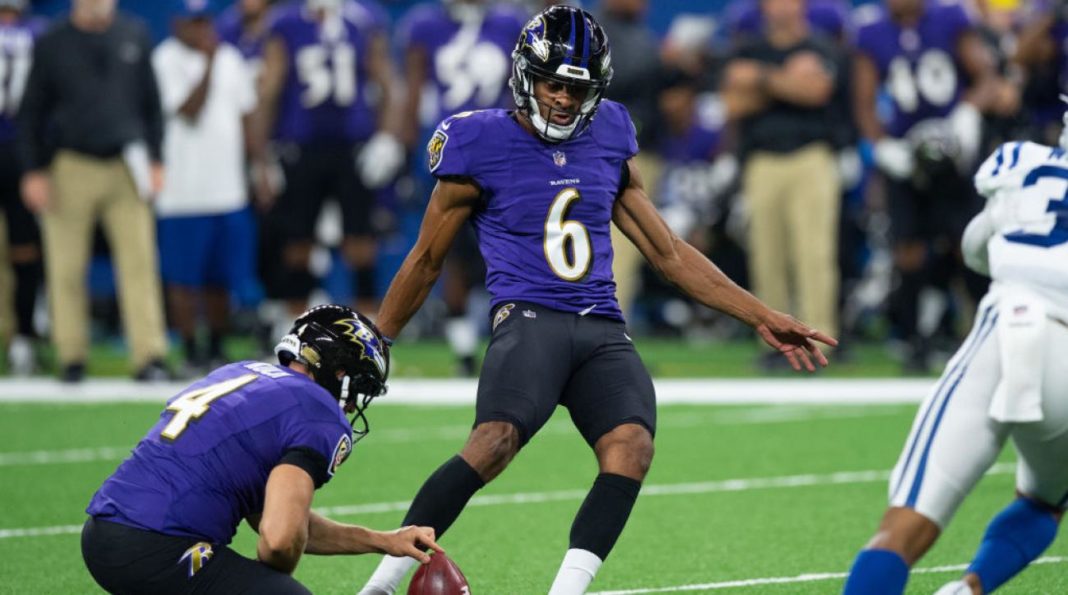 Kaare Vedvik was one of the hot names on the NFL trade market this year. The young 25-year old kicker displayed a mixture of power and accuracy that every team covets at that position. Yet with Justin Tucker already in place, there was no way the Baltimore Ravens could keep him. So a trade was inevitable, and it seems GM Ryan Pace and the Chicago Bears were making a push to be the team that got him.

In the end though, they were outbid. The Minnesota Vikings sent a 5th round pick in 2020 to the Ravens for Vedvik. Being another team haunted by kicking issues, they clearly felt a greater sense of urgency to make such a move. There is no denying Vedvik’s talent. He has the leg to hit field goals from 60 yards easy and is currently 12-of-13 over the past two preseasons. There is no question he looks like the real deal.

Dan Wiederer of the Chicago Tribune claims it was close, but Pace wasn’t willing to match the price Minnesota eventually paid.

“A league source told the Tribune the Bears were very much involved in trade discussions with the Ravens. But ultimately, the Vikings made a better offer and will see if Vedvik can solve their ongoing kicking crisis.”

While many may be disappointed by this development, it’s important to maintain perspective. Is Vedvik talented? Without question. He also has never kicked in a regular season game. That is a different kind of pressure. Then there’s another element worth mentioning.

Specialists don’t get traded a lot. That’s because most of them are too valuable to lose or not worth the price of a move in the first place. It has happened though. Since 1994, there have been three trades involving a kicker (not including Vedvik). Two of them were major disappointments and the other had brief success before falling into mediocrity.

Josh Scobee was an outstanding kicker in Jacksonville for several years but struggled in 2014. The Jaguars, rather than see if he could bounce back, traded him to the Steelers. He missed four of 10 field goal attempts before he was replaced in Pittsburgh and never kicked for another team.

Brett Conway was traded to New York during the 1998 preseason but didn’t make the team. He signed on with Washington later that year and became their starter the next season

The most successful trade of a kicker involved Pete Stoyanovich. An All-Pro in 1992, he had a long, productive run with the Miami Dolphins. He struggled though in 1995 and the team finally had enough. They sent him to Kansas City for a 5th round pick. He was not good his first year, barely hitting 70% of his field goals in 1996. Then in 1997, he rediscovered his old form, hitting 26-of-27. He missed one in the playoffs against Denver though, which proved costly as it forced them to go for a touchdown late in the game rather than a field goal. They failed. He steadily fell apart after that.

Suffice to say no kicker trade has led to long-term stability for a team. So to say Ryan Pace and the Bears missed out on the golden goose isn’t entirely fair.