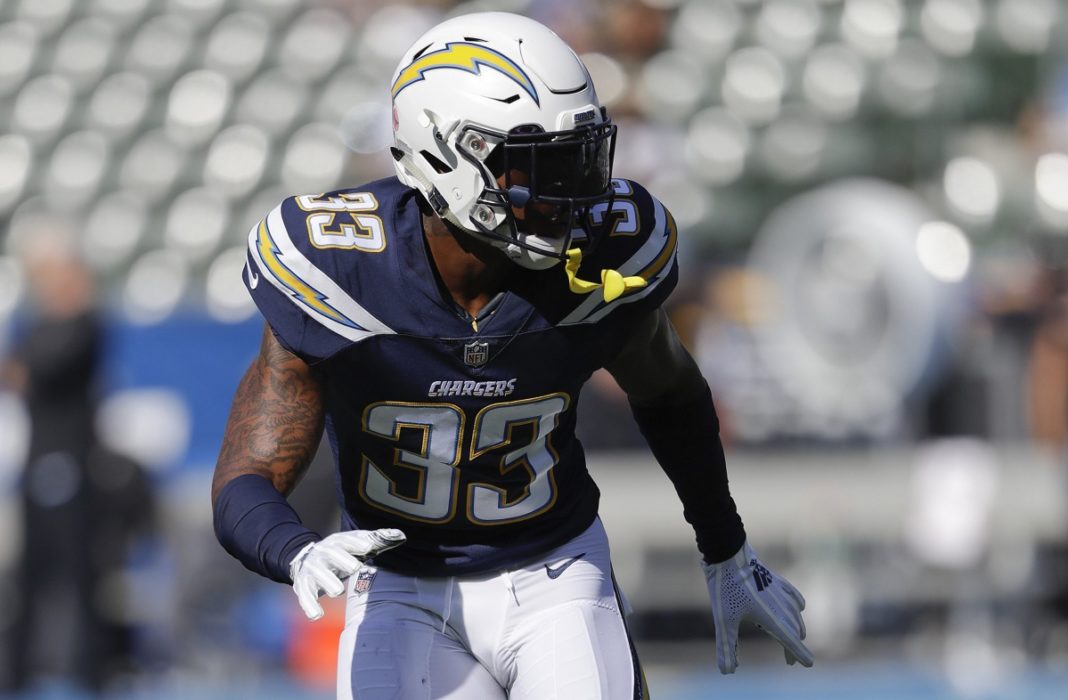 Mitch Trubisky knows what he has to do in 2019. His job is to get the ball to his playmakers and do whatever it takes to win football games. Yes, he had the best defense in the NFL but that can’t be guaranteed to carry the Chicago Bears where they want to go. Super Bowls of this modern era are decided by the quarterbacks. That’s why he and the offense need to have a strong season. Much is expected of them.

Execution is obviously what’s most important for them to perform well. It always is. However, one can never say it’s bad to have a little good luck go along with it. For the Bears, they caught a significant break with some recent news. One of their big opponents of this year is the Los Angeles Chargers. They were a playoff team last season and appear every bit as good this time around too. There’s just one problem.

They’ve been devastated by health problems. The most recent might be the worst of all. The news hit that star safety Derwin James suffered a broken 5th metatarsal in his foot. An injury that usually takes eight weeks to heal. It seems though that his is a special case. Reports are that he will undergo surgery and likely miss 3-4 months of this season. A huge blow for the Chargers, but a timely stroke of good luck for Chicago.

Mitch Trubisky won’t have to deal with James pre-snap

There’s no getting around it. This is a body blow for the Chargers defense. James was such a vital part of what made that unit so good in 2018. An All-Pro as a rookie, he did everything for them. He made 105 tackles, noticed 3.5 sacks, deflected 13 passes and grabbed three interceptions. He’s the sort of defensive weapon that can be deployed all over the field and is one a quarterback always has to account for before the snap.

Trubisky no longer has to worry about that. He’ll be able to shift his focus to other vital tasks. Namely ensuring the offensive line has help in stopping those great Chargers edge rushers is Melvin Ingram and Joey Bosa. If nothing else, this opens up more opportunities for the Bears receivers to find space at the intermediate and deep levels. Something L.A. didn’t give up a lot because of James’ presence.

It will be interesting to see how Matt Nagy tries to take advantage when the two teams meet at Soldier Field in Week 8.