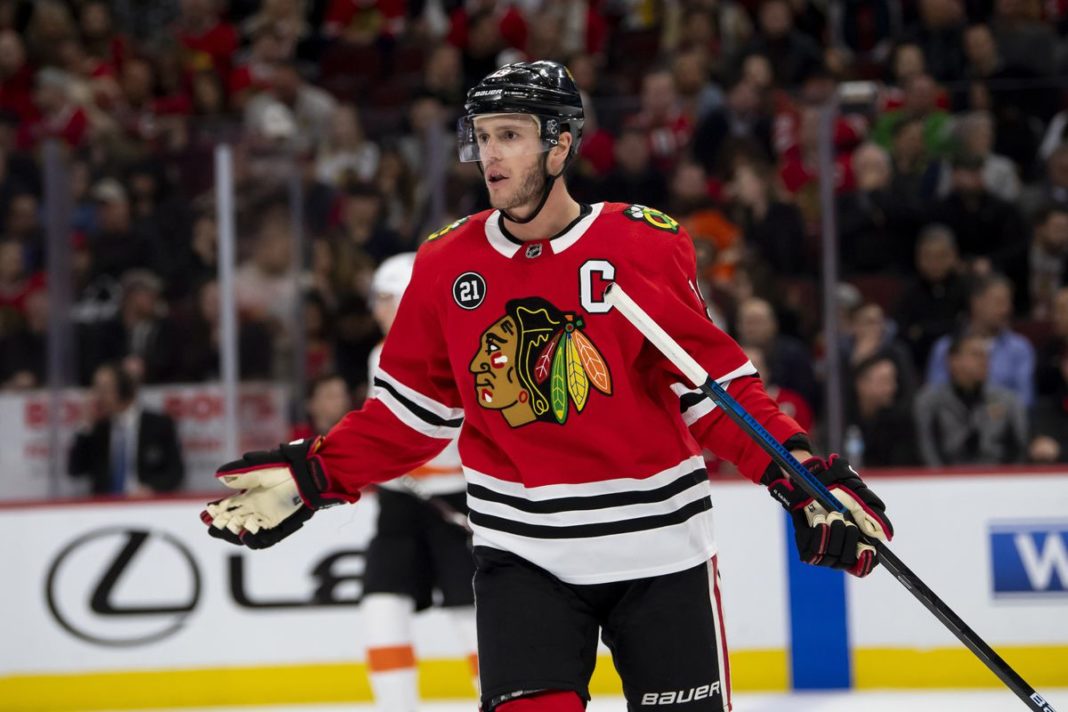 The Blackhawks’ captain is coming off of his best statistical season with 35 goals and 46 assists in 82 games.

With EA Sports’ NHL 20 set to release on September 13th, the prestigious video game development company recently began revealing the overall ratings for the top 50 players. They started on Tuesday afternoon with a list of players ranked 50-41, which included Chicago Blackhawks’ center, Jonathan Toews. Toews was ranked as the 42nd-best player in NHL 20 with an 88 overall rating. Some other players with an 88 overall rating are P.K. Subban, Jack Eichel, and Phil Kessel.

After a terrific 2018-19 campaign in which Toews had the highest point total of his career, the two-time NHL cover athlete deserved to be apart of the top-50 players. Toews was once again terrific defensively and averaged a career-high 21 minutes per game. The NHL Network didn’t show the ‘Hawks’ captain the same love though, as earlier this month he was left off their list of top-20 centers. It’s hard to comprehend how the NHL Network forgot about Toews after such a well-rounded season.

It was nice to see EA Sports give Jonathan Toews the credit he deserves after a much-needed bounce-back season. The 12-year NHL veteran looked like a 21-year-old once again last season, and it was awesome to watch. Toews receiving an 88 seems fair considering some of the other players with the same rating.

Here’s to hoping that Jonathan Toews picks up right where he left off last season!